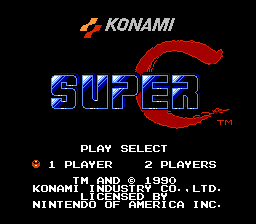 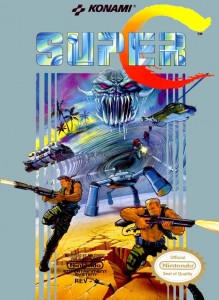 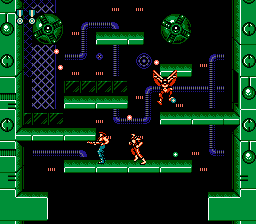 Those wings must have been a huge undertaking.

1988. Contra – one of the best action games ever made – is released. It turns a generation of children, boys and girls alike, into rock-hard warriors. Parents are stunned by the abs on their sons and daughters. 1989. The Contra series is silent. The children lose their muscles, thanks to a diet of Pop-Tarts and Ramen. The earth groans under their collective weight. 1990. Super C is released. Parents buy the game in droves, hoping to inspire their children back to six-hour workout sessions and plentiful protein shakes. It works. The children are saved, the parents relieved. Super C is a triumphant sequel. 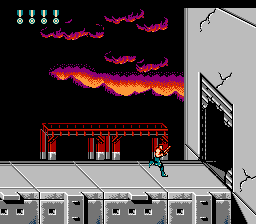 The aliens are back, and they’ve turned Bill and Lance’s comrades-in-arms against them. Take off your shirt, strap on your machine gun, and shoot, dammit, shoot! Evil humans, nasty robotics, and vicious aliens are relentless, popping out of trees, crates, holes, eggs. Thank goodness your old weapon upgrades – lasers, spread fire, machine gun, and bomb gun – report for duty as well. The level and boss design aren’t as creative as the original Contra, but the already masterful controls are somehow even better. Running and gunning in all directions has never felt so effortless on the NES. Contra‘s “three-dimensional” stages have been replaced by more traditional top-down shooting stages, a la Commando or Gun.Smoke, but they’re not particularly missed. If anything, the top-down stages feel less wonky than the “3D” stages, giving Super C a stable progression that even the first game lacked. 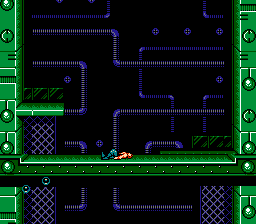 Eventually, this will be your state of affairs. Embrace it.

If Super C was a piece of beef, it would be a wagyu Kobe, the finest of the fine. The action contained within the game is pure, raw, and most importantly, overwhelming while remaining navigable. Every furious moment, from the traditional waves of enemies to the more extravagant death-filled set pieces, makes the player feel alive. Navigating between scores of bullets whilst laying to waste dozens of enemies from every corner of the screen is ecstatic gaming that has rarely been replicated in this current generation. It’s an honor to partake in Super C.
A+
Reviews of Contra and Contra Force
The following two tabs change content below.