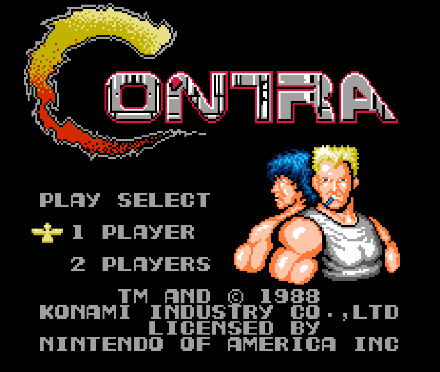 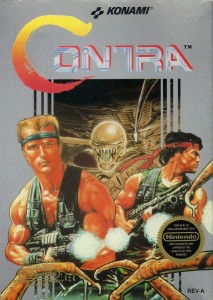 Where’s Ripley when you need her?! (thanks to vgmuseum.com for the snap)

There’s a portion of the gaming population that desires games to be difficult as all hell. I can understand this, in a way as the majority of mainstream games today aren’t difficult in the least. If Demon Souls can garner press for its difficulty (a game that feels decidedly old-school in its slow progression and trial and error, but nowhere near as impossible as people say it is), then it’s obvious gaming has come a long way from its roots. In the NES days, gamers expected a challenge and they knew the difference between a worthwhile challenge that was attainable (see the Mega Man series) versus a challenge brought about by faulty gameplay and wonky controls (too many games to mention). Contra was hard back in the NES days, which by 2011 standards, means this game is all but impossible for the uninitiated or weak at heart. Konami’s infamous code that provided players with 30 lives revealed that even they, the game’s developers, understood how brutal the game was. Only the hardest of the hardcore defeated the game using only three lives. Contra‘s punishing difficulty surely makes the game that much sweeter to defeat, but is its challenge worthy of a significant amount of time or does the game’s masochistic gameplay negate its influence?

If Contra was just another run-and-gun shooter for the NES, we wouldn’t be having this conversation. I’d be decrying it for how many times I died, complaining to my wife (who could care less) “why can’t they make an easier game so I won’t have to cry bitter tears on my keyboard,” etc, etc. Its influence, however, is undeniable. For starters, being able to shoot up, down, left, right, and diagonally – however difficult it may have been on the D-pad – was a vast improvement over previous shooters and effectively set the standard for future action games. The non-stop relentless action was also something that hadn’t really been seen on the NES at that point. While the first Jungle level hints at a taste of things to come, no unsuspecting green gamer could have been prepared for the seven levels of death to follow. Who can forget the Base 2 boss, with guns going off all around you from random enemies and the boss itself? Or the stinking energy zone with the flamethrower guys and the floors that freak out at you? Just thinking about this game makes me excited/mad as hell.

The NES was home to many an arcade port, with Contra being one of the more memorable ones. Quick, difficult action games like Contra were perfect for the arcade because they encouraged rapid quarter consumption. Unfortunately, a lot of the difficulty of arcade games was usually lost upon their arrival on the NES with unlimited continues and the like. Not so with Contra. If anything, Contra was the perfect arcade port because the game remained as punishing as ever, yet the additions to the core game encouraged gamers to replay it. Players that wanted to blaze through the game and didn’t want to spend five million quarters could just use the Konami code. Two-player simultaneous play – rare in both the arcades and the NES at the time – was also a huge selling point. Gamers could also spend hours upon hours trying to beat Contra with just three lives. Once they did so, they were rewarded with an even harder difficulty. Excelsior!

Contra‘s influence aside, is it a good game? Yes, I think so. Even if I set my nostalgic blinders on pause, I still feel it’s worthy of most of the praise heaped upon it. As a two-player simultaneous action game, it’s up there with Double Dragon II and Turtles II for non-stop chaotic fun. As a one-player game, I can see how one can get sucked into the challenge of trying to beat every level, first with the Konami code, then with a mere three lives. Besides that, Contra still looks, feels, and plays wonderfully. The controls are tight, the music is timeless, and the graphics are dated, but still classic. Ok, so maybe it’s hard to put aside nostalgic thoughts. This game is still worthy of your time, even if your blood pressure increases (mind the salt while you play!) and your swearing percentile rises like the stock market on Apple’s quarterly earning’s report (they have more cash than the government – it’s true). Too out there? Stop reading and play Contra.

If you have 12 minutes to kill, check out this speed-run. Yikes!