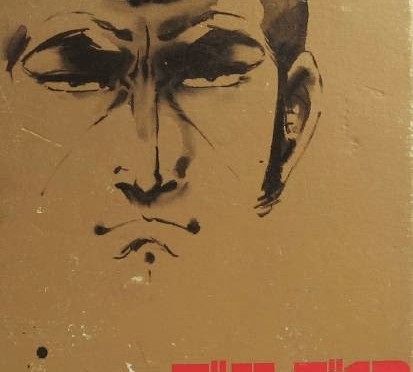 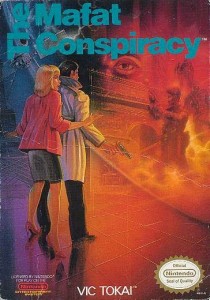 This cover is actually quite awesome… 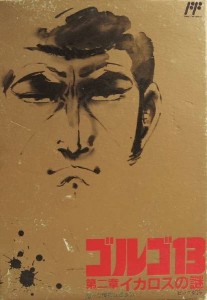 … but check out this cover for the Famicom. I’d hang this on my wall, it’s so good. 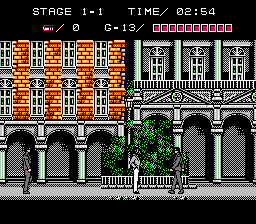 Despite the looming danger, Duke feels it’s better to keep his hands warm.

Duke Togo a.k.a Golgo 13 returns for more sniping, more shooting, more dungeon-crawling, and even some racing. Yes, all that and freshly-pressed suits in The Mafat Conspiracy, the sequel to the original Golgo-13. Golgo-13 had great potential, but, aside from the targeting bits, the game was slow and it was hard to get past the clunky controls. The Mafat Conspiracy tries to right the wrongs of the original game by making it a bit faster, a bit edgier, and at least in the horizontally-scrolling stages, a lot more like Rolling Thunder. Golgo-13 remains a great character, and it’s truly a pleasure to see him rendered well this time. In fact, the graphics, gameplay, and controls are a huge improvement (no more blocky Lego-headed men!). The cutscenes are as wonderful as ever, and saints be praised, if you want, you can actually skip them this time. Like the original game, the 3-D mazes are kind of a nuisance. The NES doesn’t have the capabilities for these types of games, in my opinion. It’s hard to shoot guys while in this mode (Zapper support seems like a given) and it’s easy to get lost, but nothing an FAQ can’t handle. Thankfully, the mazes are few and far-between. The driving missions are a race against time. Beware the KGB jerks who will throw bombs at you and try to run you off the road. Those crazy Russians! The Mafat Conspiracy is difficult, but what do you expect from a game that throws everything at you, including, but not limited to, Molotov cocktails, boomerangs, and lascivious women? The second time is the charm, apparently. Keep on snipin’, Duke.
B-
The following two tabs change content below.