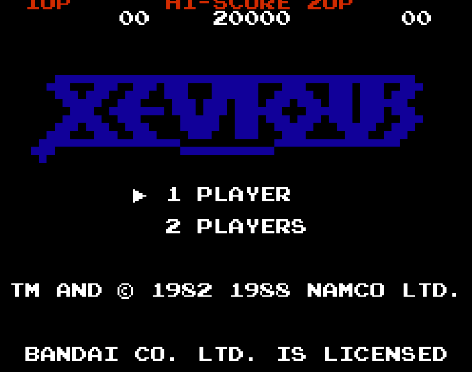 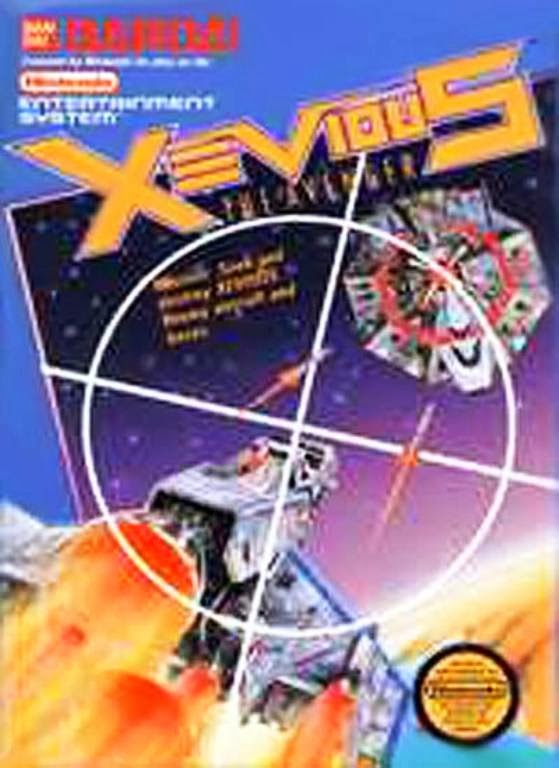 Standing on the edge of tomorrow… yesterday! 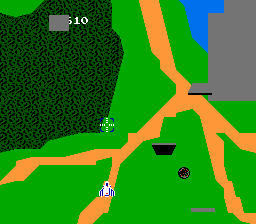 That’s a forest, not a jello mold.

The slogan for the original arcade version of Xevious (pronounced Zeh Vee Us) was “Are you devious enough to beat Xevious?” Oh Atari, you and your rhetorical nonsense! The answer will forever and always be, no, I am not devious enough. Not because I’m a decent human being, per say, but because no one, regardless of their underhanded nature, can beat Xevious. As a product of the early ’80s arcade scene and the grandfather of the untested vertically-scrolling shooter genre, Xevious suffers from a common disease inherent during that time: Scena Repetitio Ad Infinitum or in layman’s terms, Damn, these stages just keep going, don’t they? After you’ve beaten the game’s sixteen stages (ten in the NES port), they repeat until you’ve a) wasted all your ships, b) earned enough points for your liking, or c) realized that Namco and Atari are the real Devius Bellua for luring unsuspecting gamers to a challenge that has no end.
Xevious wasn’t that popular here in America, but that didn’t prevent Namco from exploiting the crap out of it lo these past three decades. The NES port is one of the original ports, but you can find the game on everything from the Atari 7800 to the PS3 (as part of the Namco Museum Essentials collection). Since Xevious is one of the original vertically scrolling shooters, you’d be right in thinking that the gameplay is bare-bones shmuppin’. Shoot everything in sight, particularly objects that are firing back at you. The enemy design is as basic as it gets: triangles, squares, and circles (and the occasional tank) are the creatures out for your ship’s oil. Fire your lasers with ‘B’ to take out the flying enemies, and drop bombs with ‘A’ on the ground enemies. It’s clean, efficient action, though it’s not always the prettiest.
According to Wikipedia, Xevious ostensibly takes place in Peru, though you wouldn’t know it from the NES version’s graphics. The environments look like they were hand-copied from a dollar store “Introduction to Topography” children’s coloring book. Since the stages all blend together with zero breaks in between, it can be difficult to tell where you’re supposed to be. Thankfully, the enemies’ white, gray, and red designs stand out from your supposedly South American landscape. Yes, Xevious looks hideous, and the gameplay is as rudimentary as it gets. If you’re interested in the roots of the shoot-em-up genre, though, you’ll appreciate what the game has to offer. It’s no bullet hell, but it’s devious enough for most.
B
The following two tabs change content below.