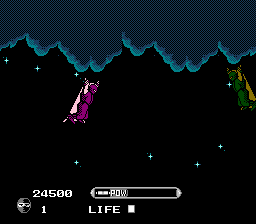 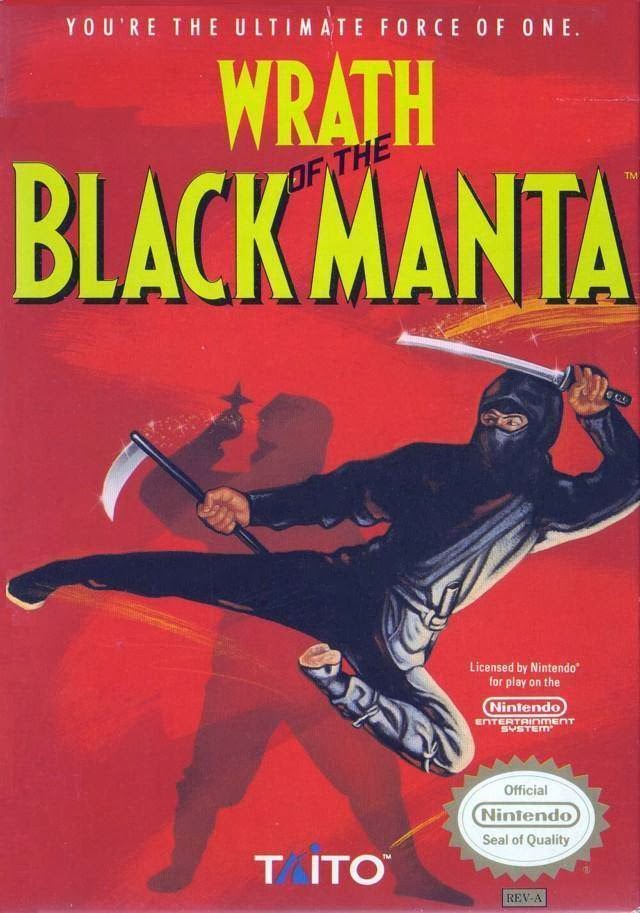 The Black Manta’s wrath burns for El Toro, the mysterious ringleader of a kidnapping cartel. You’re armed with a never ending supply of shuriken and an assortment of Magic Arts to deal with the deluge of his hired goons and ninja assassins. Your Magic Arts range from fire bombs to expanding shields to meteors that fall from the sky, and their power is dictated by the POW meter at the bottom of the screen. The longer the POW meter (which can be upgraded as you go along), the more powerful your magic attacks will be. The Black Manta spends the majority of his time on ground, huckin’ throwing stars at anything he sees. On occasion, he’ll take to the air with a carpet on his back (seriously), and the game will turn into the slowest moving vertical shooter of all time. Aside from the Manta’s “Flying Nun” moments and the occasional secret corridor, Wrath of the Black Manta is a linear action platformer that will more than remind you of games you’ve already played. Traces of Ninja Gaiden (cutscenes), Rolling Thunder (enemy movements, doors, level outline) and Shinobi (Black Manta’s slow gait) can be seen throughout. Manta doesn’t reach the heights of the aforementioned games, but their influence mixed with the unique Magic Arts system makes for a compelling, challenging title in its own right.
B+
The following two tabs change content below.