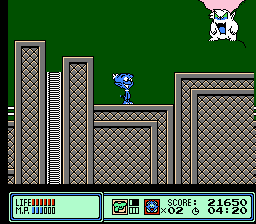 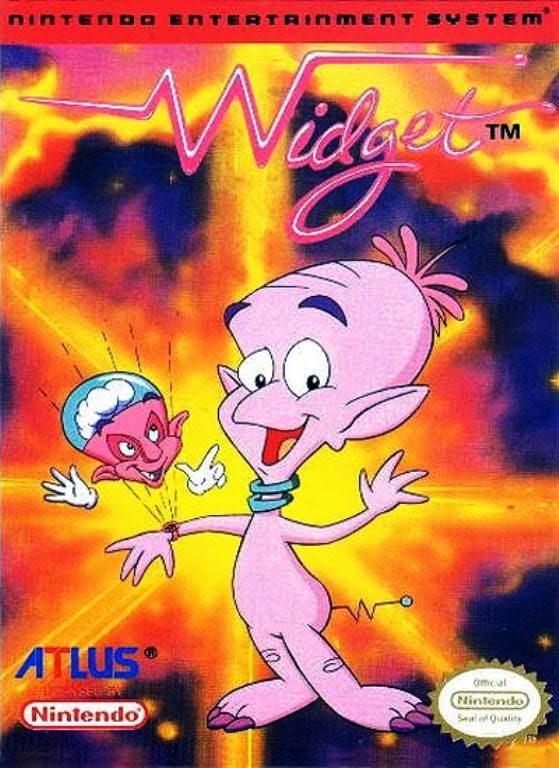 And you may say to yourself, This is not my beautiful game.

No intimidating Yeti will make Widget lose his joy.

Despite looking like a Hanna Barbera reject from the ’70s, Widget’s origins lie in the 1990 cartoon show, “Widget the World Watcher.” In the show, Widget was an alien sent to protect Earth from environmental hazards. He had transformation powers and hung out with a group of young humans. The premise reminds me of a more light-hearted “Captain Planet,” which was good if you appreciated the environment, but didn’t want to listen to preachy teens sermonize every episode. Poor “Widget” and his Earth-saving was not to be, though: the show ran for two years then disappeared, not even warranting the typical reruns on Nickelodeon or Cartoon Network. And yet, the cartoon must have had enough of a following for Atlus to publish two games about it. Widget, the first of the two, arrived almost a full year after the cartoon went off the air in America, making me think that the game was DOA when it released. It’s for the best. Widget‘s of mediocre stock, the kind of game you dabble in when Blockbuster’s out of Power Blade or Shadow of the Ninja.
Naturally you play as Widget, the purple alien who’s always happy, despite the ever-thinning ozone layer. He has an upgradeable space pistol for a weapon, and after you defeat a level, he’ll gain a transformation. These transformations range from powerful stationary cannons to mice with super-jumping abilities to flying pteranodons. There are five transformations in all, and they’re necessary to get you through certain portions of the levels. They’re temporary, though which is a shame. Widget in his normal form is a slow, dull character who lets out a shrill chirp every time he jumps. His sprite seems too big for the level and as a result, he gets hit easily. Understandably, he’s not a character I enjoy playing as, leaving the gameplay – what little there is – as the sole reason to interact with Widget.
After you beat the first level, three other levels open up that you can play in any order. Each level has areas that can only be accessed via one of Widget’s transformations, so you’ll need to play the levels out of order to progress and find all of the secrets. You won’t know what transformations you’ll need in each level, though, so there’s a lot of trial-and-error and repetition. Not a problem if the levels had interesting and imaginative ideas, but Widget is platforming at its blandest. Besides the transformations – which are used far too infrequently –, there’s nothing that you haven’t seen in other platformers, and with less obnoxious main characters. Precarious jumps, projectile-spewing enemies, and forgettable environments are the patterns throughout. The visuals, the music, the controls all do their job, but not enough to forget such overall inanity. Like its cartoon counterpart, Widget‘s presence shall not be missed.
C-
The following two tabs change content below.