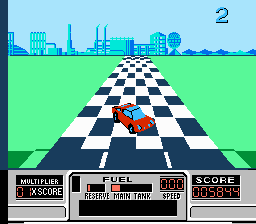 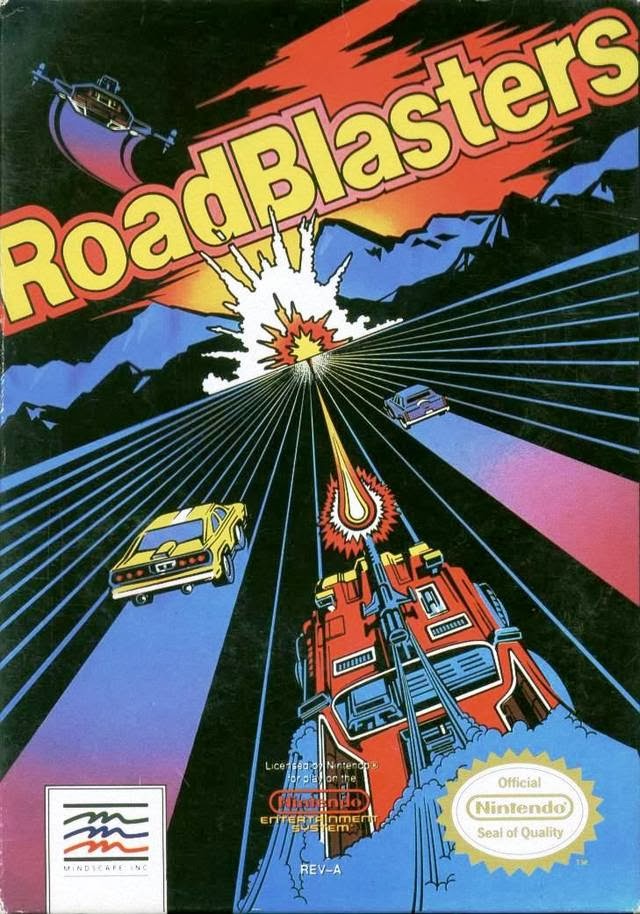 RoadBlasters is an exciting mess, a weapons-based arcade racer that delivers in size what it lacks in depth. Fifty levels (!) of twisty turns, car shooting, and road blasting await you. Drive as fast as you can, collect green or orange fuel orbs to replenish your fuel, and destroy any and all cars in your way (if you can – the blue ones won’t be destroyed without special weaponry). Every so often, a futuristic plane will drop off one of four special weapons on the track. The UZ Cannon is a rapid-fire machine gun, perfect for all those pesky off-road turrets. The Nitro Inject speeds you up, which is nice, but fairly useless since you’re going fast enough as is. The Cruise Missile destroys everything on screen, both good (fuel orbs) and bad (blue cars); it can be used three times. Finally, the Electro Shield protects your car for about five seconds; it too can be used three times. If you run into another car on the road, your car will explode, but will regenerate right at the explosion point. Mines and oil slicks will also try and slow you down, but only if your car runs out of gas will you have to start the track over again. RoadBlasters‘ secret strength is its fantastic controls, the best of any racer on the NES. ‘Up’ is accelerate, ‘Down’ is brake, and ‘A’ is shoot. This button combination doesn’t seem like it should work, but driving and shooting feel effortless. RoadBlasters might lack the beautiful neon style of Rad Racer or the scintillating madness of R.C. Pro-Am, but its fast and destructive nature warmed my heart nevertheless.