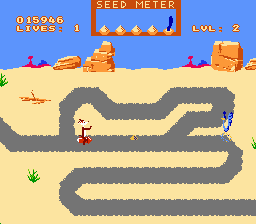 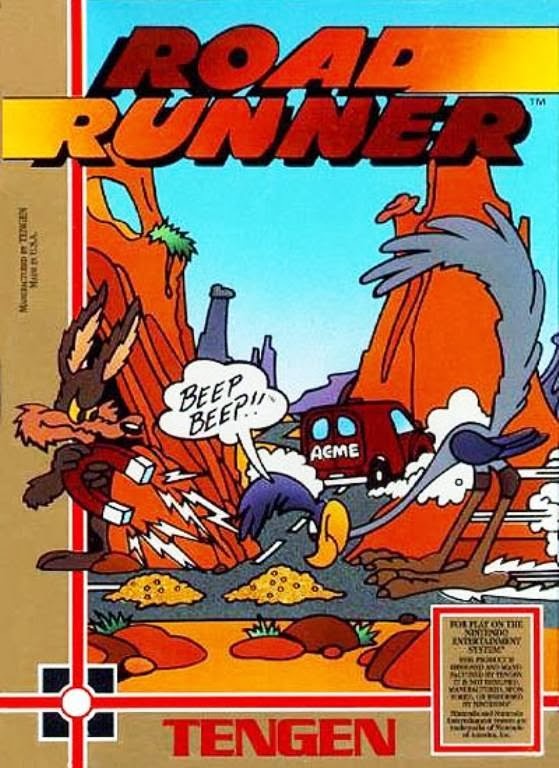 Magnets, Wile E… how do they work? 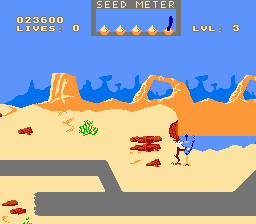 The Looney Tunes have strange lives, do they not? They act snarky, they get blown up, they dress in drag, they have speech impediments. In the case of Road Runner and Wile E. Coyote, they are chased and chase respectively, nothing more. Road Runner captures two of the most iconic Looney Tunes characters in their element – Wile E. pursues the Road Runner with a reckless regard for his own life, while the Road Runner, in theory, escapes the Coyote’s grasp every time – but there’s not enough content here for a full-fledged game. You play as the Road Runner with the objective to grab as much seed as you can, while avoiding Wile E.’s tactics. At the top of your screen, you have a seed meter with five seed piles. These seed piles are your speed. Miss five seed piles within the level and the seed meter will deplete completely, leaving you frozen, helpless, and at the Coyote’s mercy (or lack thereof). It’s best to keep Wile E. at a distance, but still visible on the screen. If you run too fast and he disappears, he’ll race forward on rocket shoes and you’ll have to pull some fancy footwork to avoid him. The first level is a five-lane highway, so weaving around him isn’t difficult, but later levels decrease the amount of space the Road Runner has to run, leaving him more vulnerable. Wile E. can also use a pogo stick to bounce towards Road Runner faster, or ride a rocket that will propel him back and forth across one area of the screen. Both tactics are obnoxious, but the rocket is easier to avoid. Collect bird seed to keep you moving, avoid Wile E. Coyote so you don’t die. Road Runner stays true to the essence of the cartoons on which it’s based, but there’s a reason the cartoons only last a few minutes. Any additional time and the viewers would grow weary of the shtick. So it is with Road Runner: perfect for five minutes, tiresome for anything over.
C-
The following two tabs change content below.