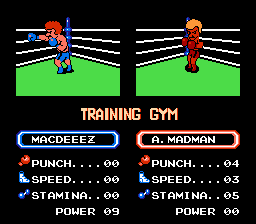 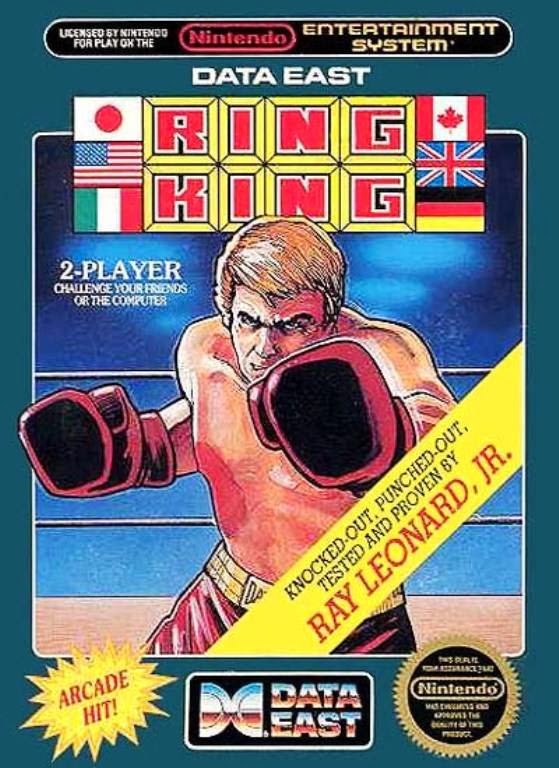 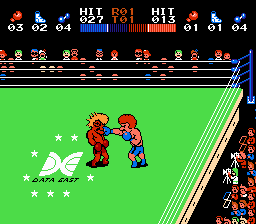 There’s only one NES boxing game that matters: Mike Tyson’s Punch-Out!! (or, if you prefer Mr. Dream, Punch-Out!!). Any other contenders hope they contain an iota of the personality, the amazing control, and the replay value that Punch-Out!! brought to the NES. Ring King doesn’t skimp on the charisma with its squatty, big-headed boxers and unique power point assignment before each match. Step into the ring, however, and the supposed “king” doesn’t fight worth a damn. Each fight is like a continuous circle dance, with you looking for opportunities to pop your opponent in the face. You have a couple different moves at your disposal, like the typical jab, hook, and uppercut, with the option to learn more moves as you progress and get stronger. Win fights and you’ll amass more power points to assign to your punch, speed, and stamina rating. Punch and stamina are your most important attributes in the ring. If you lack in either, your punch or your body will be weak – either way, you’ll fall fast. The fights are slow and tedious, even if your stats are beefier than your opponents. You shouldn’t punch wildly and hope the punches will connect because your stamina will decrease. Unfortunately, it’s hard to tell when your opponent is leaving himself open for a hit, so some extra punching is almost required. Tap ‘B’ to block, but don’t expect much. Your boxer doesn’t seem to block at all, and only occasionally does he dodge your opponent’s blows. In later bouts, the computer is obscenely strong. If you don’t block at just the right moment (which, again, is hit-or-miss), you’ll be down in a couple hits. Ring King will draw you in with its endearing graphics, then pummel your heart with its lackluster gameplay. Boxing’s greatest hits? Not a chance. There can be… only one.
D
The following two tabs change content below.