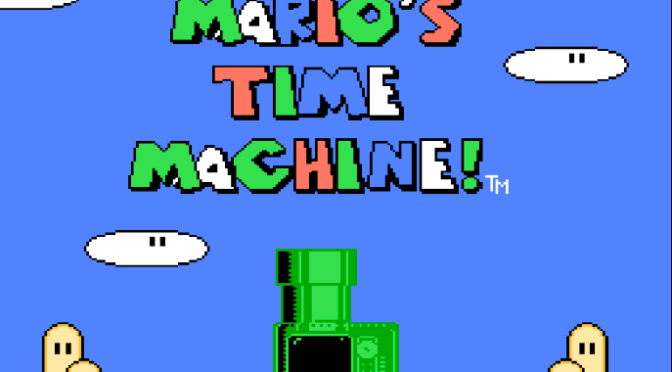 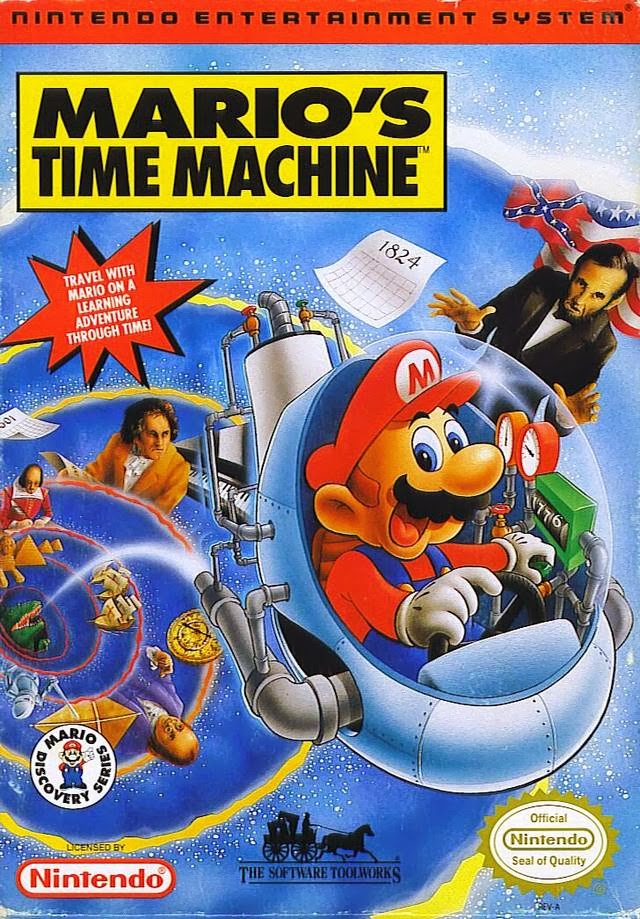 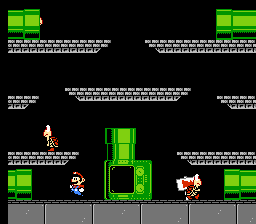 Ugh. They couldn’t even get the original Mario Bros. layout correct.

Less than a year after Mario’s disappearance, Software Toolworks and Radical Entertainment teamed up once again to deliver Mario’s Time Machine. This time, it’s Yoshi who’s been kidnapped by Bowser, and the only way to get him back is to return historical relics to their place in the space/time continuum. Or something. It’s an excuse to learn about history, while pretending you’re having fun because you’re playing a “Mario game.” Basic premise: Mario explores a series of doors in Boswer’s castle. Behind each door lies Koopa Troopas (in a layout ripped straight from the original Mario Bros.) and a time machine. Mario must hit and destroy three Koopa Troopas, grab the historical item, jump into the time machine (essentially a microwave with a pipe sticking out), select the time period where the item belongs (i.e. Isaac Newton’s apple – 1687), then return the item in levels that can only be described as the shortest, most inane, worthless stages Mario’s ever been forced to frequent. The levels are literally about two screens long, filled with randomly placed blocks and enemies that, try their hardest, can never hurt Mario. I wouldn’t doubt that the children this game supposedly caters to can craft better Mario levels out of their Duplo blocks. Worse yet, if you fail to put the historical relic in the historically appropriate place, the game will scold you and send a bird to take the item away. This means you have to go all the way back and hit the Koopas again to get the item (much more frustrating than one would think). Despite trying to mix an educational Mario game with side-scrolling elements, Mario’s Time Machine actually ends up worse than Mario is Missing. Everyone involved in this atrocity should have known better.
F
The following two tabs change content below.