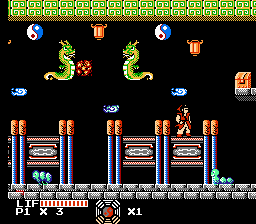 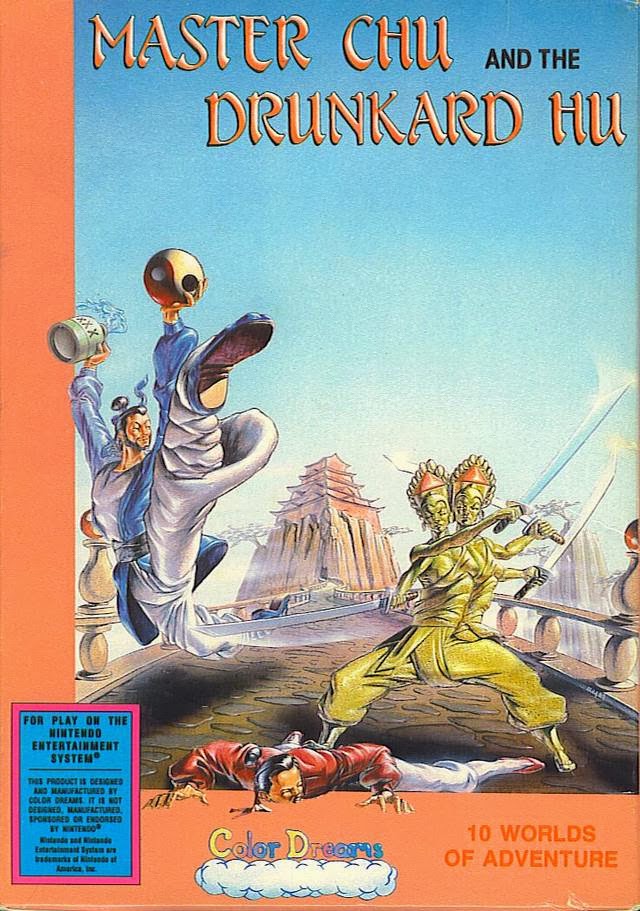 The lesson of this cover is that drunkards always come out on top. 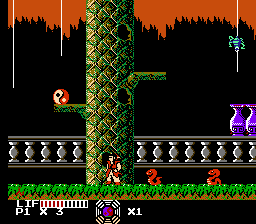 Well, round about the Far East, there were these two fellers, Chu and Hu. Both were Masters with a capital ‘M’ which meant they knew how to throw little mini fireballs real good, jump real high, and take on ancient, destructive gods like Shiva. Unfortunately for ol’ Hu, Shiva’s head games and overall shenanigans left him withered and fried, and wouldn’t you know, he took to drinkin’. Master Chu, on the other hand, remained stone-cold sober and decided to rid his village of Shiva’s evil spirits once and for all.
Sounds enticing enough, don’t it? Problem is, Shiva fights dirty. Despite Master Chu’s capital ‘M’ Master status, it’s incredibly difficult for him to avoid Shiva’s never-ending waves of spirits. Why? Because he don’t jump like a normal feller. He jumps by pressing ‘Up’ instead of ‘A.’ Now, where I come from, that’s akin to heresy, but this here being the Far East, I reckon some forgiveness is in order. Let’s just call it plain annoying. In order for Master Chu to fight Shiva’s head spirits or “bosses,” as that drunk son-of-a-gun Hu calls them, Chu has to collect eight yin-yang talismans in an area picked by Shiva. These talismans are sometimes out in the middle of the road, other times they’re hidden. Chu’s fireball powers are important to find those hidden bastards. Usually, Chu will just blow up a lamp post or a pot or some other random antique in order to uncover ’em. Once Chu beats nine of Shiva’s most ferocious entities, it’s on to Shiva herself, and let me tell you, that god is not a pretty sight. Master Chu and the Drunkard Hu’s journey is a dark and short one, filled with frustration and trial and error, and it’s in this here storyteller’s opinion, that you take caution with this tale. Perhaps it’s not as bad as you may have heard, but ain’t much good neither.
C
The following two tabs change content below.