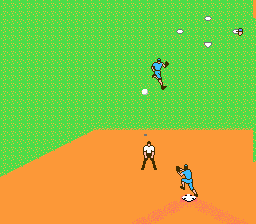 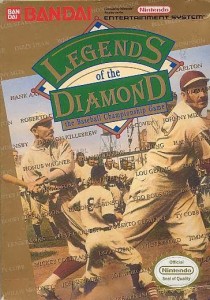 That is a serious pair of manly muttonchops. 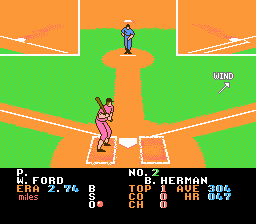 Big B. Herman brings it home.

Babe Ruth, Lou Gehrig, Hank Aaron, Honus Wagner, they’re all here! Some of these legends are crotchety, some zombified, but all are ready to play some baseball. Far from being a simple nostalgic cash-grab, Legends of the Diamond is a baseball game with some meat behind its arcade bones. You have the option to compete in a tournament (multiple games) or just play a singular game. Then, you can let the game choose your team for you or make your own. Honestly, half the fun is compiling an all-star team, the likes of which George Steinbrenner (God rest his soul) would envy. Once you’ve got the best baseball team ever assembled, you make your way to the field. Whether you’re swinging, pitching, or running from base to base, every player controls like a dream. The camera angles are great too. If you hit a ball in the outfield, the camera will follow its trajectory, but thanks to a small map showcasing the plates in the upper right-hand corner of the screen, you can still keep an eye on/control your players. Having played almost every baseball game on the NES, I can tell you that the latter map is something they all should have. It keeps the action fast and smooth, without feeling cheap. Legends of the Diamond doesn’t have any feature as unique as the robotic baseball beatdowns of Base Wars and it certainly isn’t as groundbreaking as SNK’s beloved Baseball Stars, but it might just be the best gul durn baseball game, this side of Mordecai “Three-Finger” Brown.
A-
The following two tabs change content below.