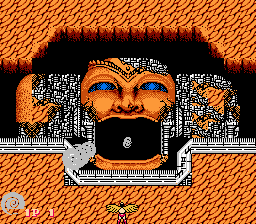 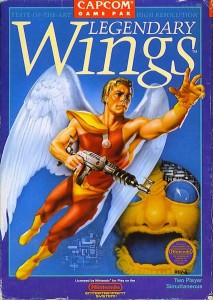 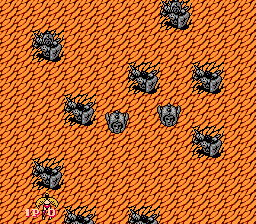 Capcom was never one for a traditional futuristic shmup. In their particular brand, you’re either fighting Japanese, taking down the Old West, or in the case of Legendary Wings, controlling a winged man in a futuristic world based on Greek mythology. You’re essentially Icarus taking on a world overrun by a maniacal supercomputer who really, really likes Ancient Greece; it’s your standard coming-of-age story filled with rampant ego, merciless killings, and decapitated statue heads. Like any good war veteran, you’ll be swearing up a storm by the end of the first level. “Challenging” would be a polite way to describe the difficulty here. Icarus has his standard shooter, which can be upgraded up to four times, and a missile which takes out foes on the ground. While the game starts out as a one-hit kill, each time your weapon is upgraded, you can be hit one extra time. Each time you’re hit, however, your most recent weapon upgrade is taken away. At least it’s not like Gradius where one hit kills you, no matter how many power-ups you’ve accrued. Capcom may institute a “no-holds barred” policy with the difficulty of their games – shmup or otherwise – but they’re certainly fair. Legendary Wings is no different. It’ll kick you in the nuts, then politely help you stand up.
B+
The following two tabs change content below.