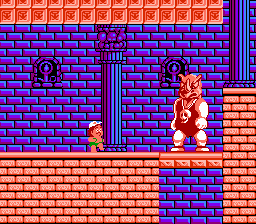 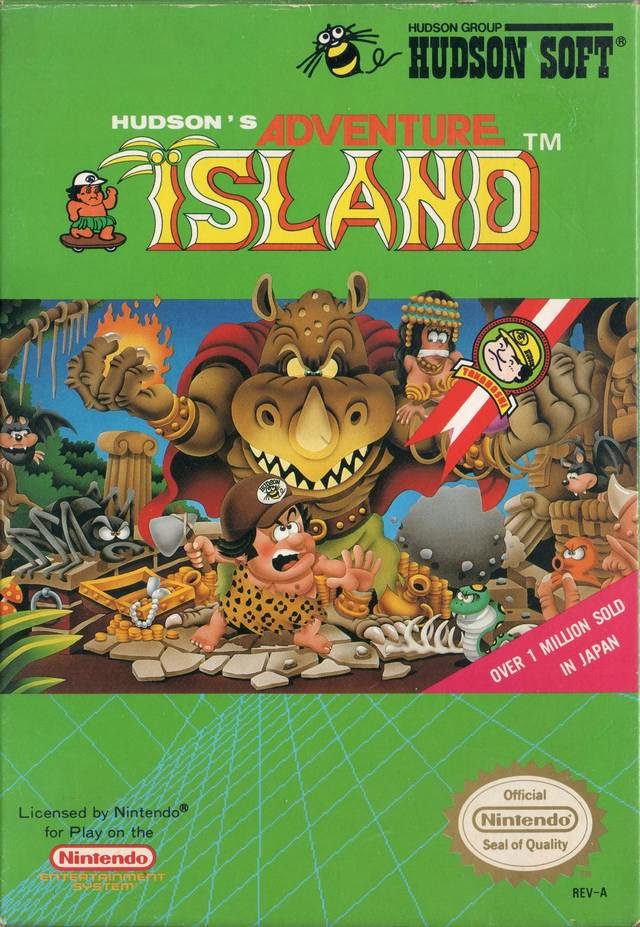 Master Higgins directs, writes, and stars in the very first Adventure Island game, a hop-and-bop platformer that’s loosely related to Sega’s Wonder Boy. While the Wonder Boy series evolved beyond platforming into an action-RPG, the Adventure Island series has progressed little from a gameplay standpoint. Higgins is, and has always been, an endearing happy-go-lucky sprite who runs, runs, runs (or skates, skates, skates). He must save the princess from the evil witch doctor of the island because it’s the right thing to do. Maybe if he was “Mister” Higgins, things would be different. But he’s Master Higgins, con sarn it, and he’s gonna get the job done.

In Adventure Island, Master Higgins has to get from one side of the stage to the next without dying. Classic! Watch out for your “life bar” which is constantly running down. Eat fruit to replenish it (and to keep Master Higgins regular). The graphics and music are as colorful as one would expect from a game entitled Adventure Island, but the control can be both intuitive or frustrating, depending on the situation. Sometimes you can fly through a level with the greatest of ease, killing bad guys, jumping across chasms, and feeling like a super star. Other times, jumping is stilted, enemies emerge from nowhere to destroy you, and the chasms engulf you. Thankfully, such control doesn’t take away from the wonderful pick-up-and-play nature of the game.

It’s easy to see why Adventure Island spawned numerous sequels: it’s a formula that, like Mega Man, is devilishly addictive.  Strap on that skateboarding helmet, equip your hammers, and go pound that evil ol’ witch doctor’s face. The princess is counting on you (and she’s not in another castle).