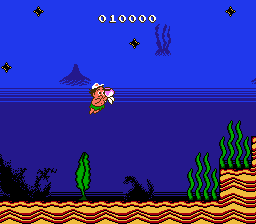 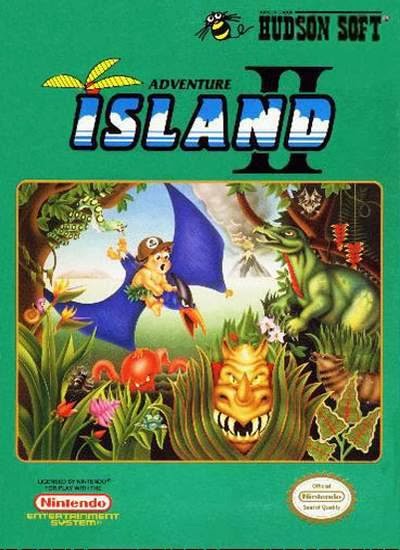 Oh my goodness, Higgins, look what you done did! 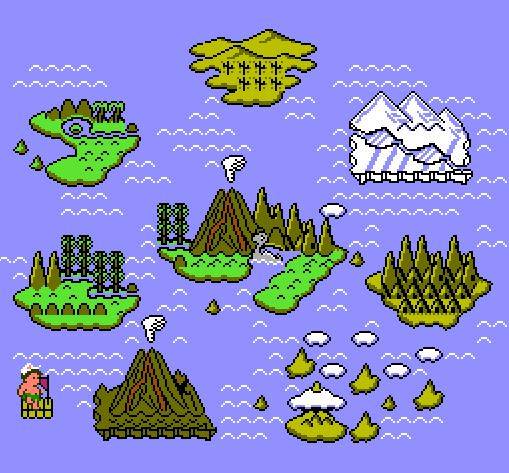 Say what you will about the first Adventure Island: it was a well-done Mario clone, even if it lacked some of the charm and imagination of the Mario series. The image of Master Higgins running ridiculously fast, slack-jawed with eyes popping out, is certainly more endearing than any of the mid-to-late 90’s mascot shells (Bubsy? Aero the Acrobat? Soulless furry zombies). Adventure Island II, much like Adventure Island, tries to capitalize on Mario and specifically, Super Mario Bros. 3, which had been released a year prior. From the eight themed islands you visit, to the way you progress through each stage, Mario 3 will never be far from the back of your mind. But does it work?

When you first fire up the game, Hudson Soft’s changes seem like they’re for the best. Higgins’ sprite size is smaller and less bulky, as are the enemies. Your time/life bar is longer than before, and collecting fruit is less imperative. He has several animal friends he can ride, much like the skateboard of the first game (though the latter makes a return, as well). Gone are the level markers from the first one, and in their place are shorter stages. The whole thing initially feels like a more streamlined experience. As you progress, though, the game starts to sag, like Higgins’ paunch. Every world has its own theme – Ice, Cloud, Volcano, etc – but the levels all feel the same. Any world that consists of you entering a tree, a cave, or underwater (which is pretty much all of them) is guaranteed to feel like deja vu every time. Speaking of underwater, forget about controlling Higgins very well in these stages unless you’re riding your little Nessie friend. He feels like he’s swimming with 50-lb weights tied around his ankles. 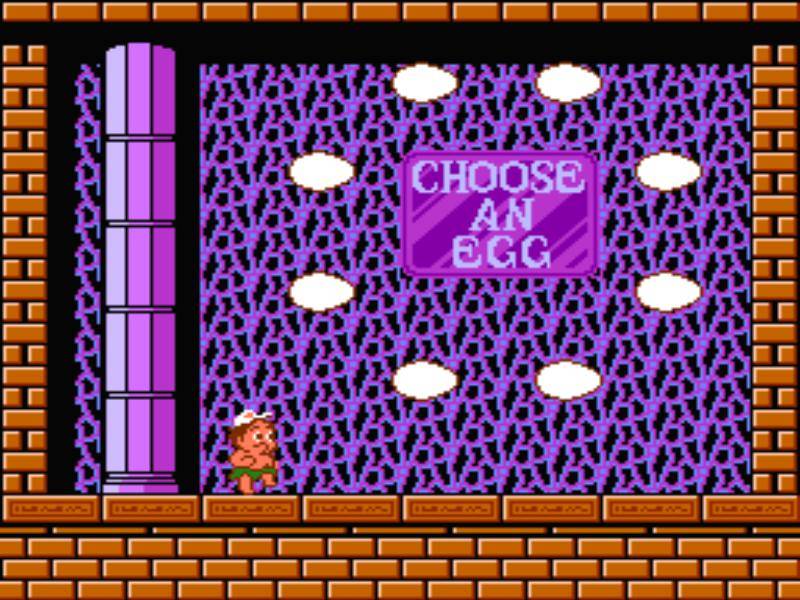 Is Higgins mowing on some chaw? That’s sick, bruh.

The latter point brings me to the game’s other significant flaw: movement. I really feel Adventure Island II wants to be two separate games. One is a game where you just run as fast as you can, hitting enemies here and there, but ultimately making it to the end of the stage quickly; in other words, like the first Adventure Island. The other game, though, is a typical action platformer where you take your time, kill enemies, and explore the stage. AI 2 tries to be both, but neither portion works very well. You can’t always run as fast as you feel like you should, and the platforming just isn’t that fun. Deaths are prominent in the game because of this identity crisis, yet I never really felt like the game was very hard, just… confused, like a young boy putting on his sister’s clothes.

All in all, it’s not a bad game, just an average one. The Mario 3 element – progressing from world to world – would have worked if Hudson would have just stuck to what makes the series fun: running and chucking hammers like a mad man.