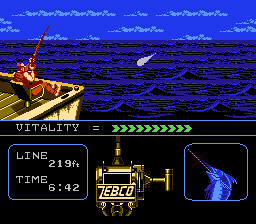 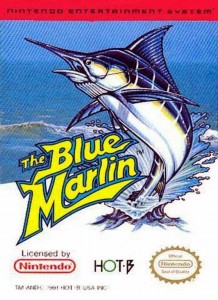 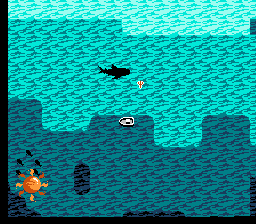 PROTIP: Watch out for sharks, lest they destroy your lure, your boat, and your soul.

From the makers of The Black Bass comes the next in publisher Hot B’s outrageous line of fishing games, The Blue Marlin. Unlike Black Bass which was invented for people that live in Minnesota and North Dakota and say “Ayuh,” The Blue Marlin is geared more for the “brah” in all of us. Instead of gestating on a humble fishing boat for hours on end, you actively seek out your Marlin prey in a speedboat along the coast of Florida. Certainly, the game tries to make the act of fishing more exciting, but it doesn’t matter when, like most fishing games or fishing in general, it can take hours to catch something. And as mentioned or implied in my Black Bass review, wasting hours on a virtual fishing game should leave you dead inside.

Your mission, should you choose to accept it, is to capture the Blue Marlin and become a AA ranked fisherdude across America, and possibly, the world. The game’s presentation is leagues better than Black Bass. The intro music and animation of waves tries to lend the game an exciting feel, and it almost works; especially when the blue Marlin jumps out of the waves and tries to skewer you through the screen. You input your name (Marley McBrah), pick a location in Florida, and you’re off to catch a Marlin. Unlike Black Bass, where it felt impossible to find a fish, there are scores of fish traveling in each location. The lure hangs off the back of your boat, and you drive the boat around the fish so the lure lands in their circle. Once you engage in battle with the Marlin, it becomes a wha? situation, as in, what am I supposed to be doing? Pressing “B” either tightens or loosens the line, but that didn’t help. I assumed pressing “A” really fast would bring in the fish, but when that didn’t work either, I tapped left, up, right, down on the directional pad, all to no avail.

I will say this: The Blue Marlin is the best fishing game I’ve ever played where I didn’t actually catch any fish. The presentation, the controls, the relatively accessible nature of the game – until you hit the part where you’re, you know, actually supposed to catch a fish and the game falls apart like so many crumpled Twinkies. So yes, if you can dissect the control scheme for reeling, this game will probably be as enjoyable as a fishing game can be… whatever that means. Dead inside, remember?