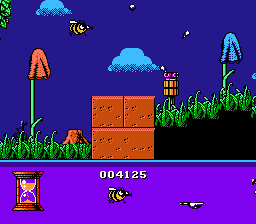 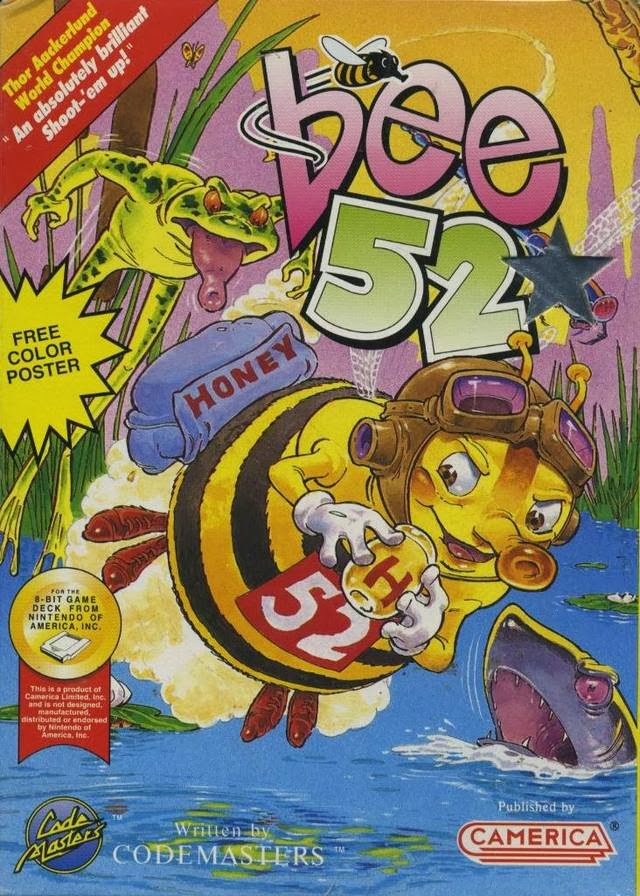 The bee looks nothing like Ernest Borgnine in the game. 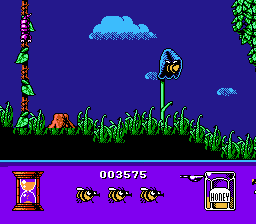 I’ve never been one for insect simulation games, nor have I ever wondered what life would be like if I were a bee. Does anyone remember Sim Ant back in the day when adding the prefix “Sim” to anything guaranteed it to sell a billion copies? I never played it because I was pretty sure it was awful, but if all insect sims are as entertaining as Bee 52 (not to mention, pun-tastic), then perhaps I should track down/illegally download a copy.

Bee 52 is the name of your little bee, and while he’s not nearly as powerful as the plane from which his name was taken, he’s got a lot of spunk in him! Unfortunately, he’s a one-hit wonder kind of guy, and everything in this universe is out to kill him. Worms, spiders, grasshoppers, and more all decide you’re the only creature in the backyard/swamp/side of the house worth eating. All you have to protect you is some gooey projectile you spit from your mouth, and your stinger. Unfortunately, some creatures – like certain spiders or ants – can only be taken out with your stinger. This is annoying because if any other part of your bee behind touches a creature, you’re dead. Other than that, be on the lookout for a smaller insect named Junior who circles around you, giving you extra fire power and allowing you to take another hit.

Unlike a lot of one-hit kill games, Bee 52 doesn’t feel cheap. The goal is to dive into flowers throughout the level and collect honey. You have a honey jar at the bottom right hand corner of the screen that you’re supposed to fill up, lest the queen devour you. The only problem is, you can only pollinate three flowers at a time before you have to go back to the hive and drop off the honey you’ve accumulated. Enemies, of course, regenerate, so as you traverse back to your hive, you’re constantly on the lookout for bugs and sprinkler systems and all manner of evil. The controls are top-notch, so there’s really no excuse to die a lot until the later levels start to pound you into submission. If you can hold on to your little buddy Junior, it makes the game that much easier, but even without him, the game’s definitely beatable.

The game contains twenty-four levels, split up into two twelve-level sections for maximum pollinating greatness. Seriously, I’m shocked that this game entertained me. It’s simple, addictive fun in short bursts, and it controls well: two of the elements to look for in every NES game. Not surprisingly, it hasn’t gone down in the NES annals as one of the greats, but it’s certainly worthy of your time. Not since Dino Riki have I been as pleasantly surprised with a potentially crap game.