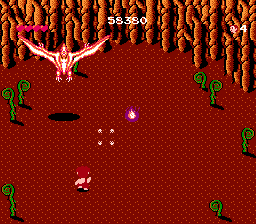 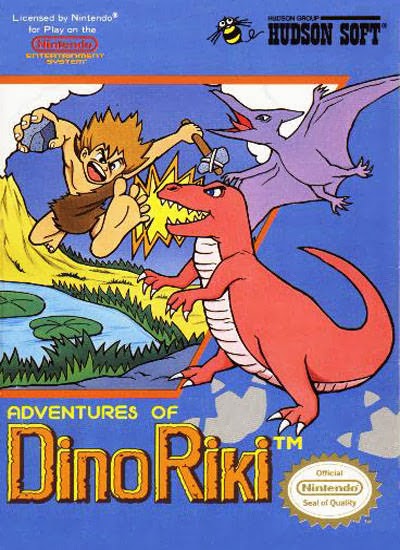 The cover art is just a little deceiving… 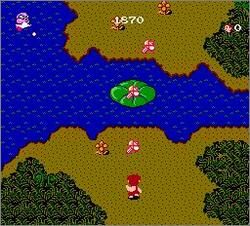 This doesn’t even begin to hint at the madness.

The stage is Level 3-4. I have demon bats swarming in from the top, skulls with wings from the bottom left, and both are engulfing the screen with projectiles. My own weapon – some sort of flaming ball that does little to no damage – is only amplified if I uncover the power-up in front of me. I get the power-up, and lo, flaming hammers! They do a lot greater damage than my wuss balls, and I destroy my foes. The screen continues to advance, and suddenly, a circle of black balls encloses me in its smothering grasp! My only response is to chuck as many flaming hammers as I can into their circle to make them dissipate. They are tough foes. I get hit once, my hammers are lost, but at least I am alive. As the screen advances, the ground tears three rifts in front of me. I must jump over each one, but wait! More skulls! And bats! I destroy them, making my way over each rift. Then, in front of me, a chasm. I must jump onto a precarious little ledge, then jump over to more solid ground. I do so, only to be greeted by a skeleton who can’t be killed by any weapon. My pathetic flame ball only shatters him, but he still manages to fire a single projectile, taking me off guard and killing me. Thus ended my Adventure with Dino Riki, one of the most frustrating and awesome experiences I have yet to encounter on my Quest to play all Nintendo games. 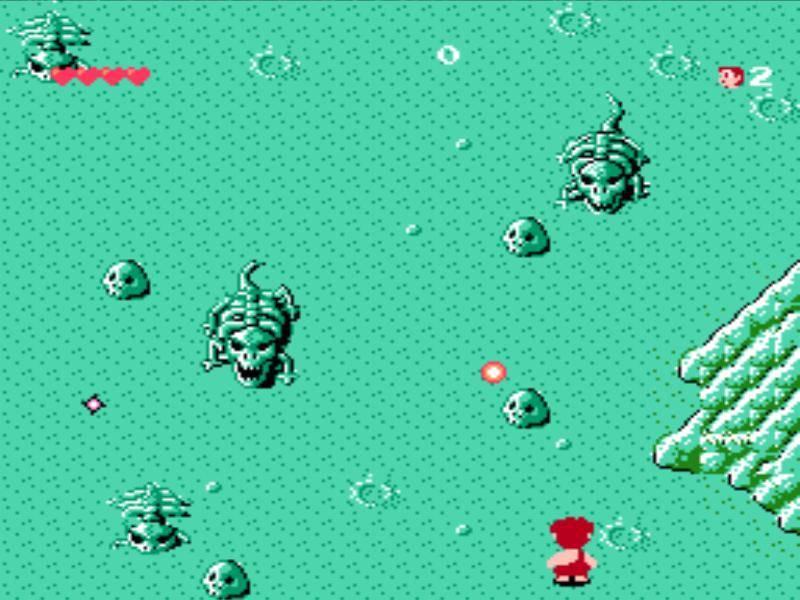 The levels have visually stunning backgrounds.

The game itself was developed by Hudson Soft, the makers of Adventure Island. I’m not exactly sure what’s up with their embracing the “island/jungle/prehistoric” theme, but so it goes. You play as Dino Riki, an unassuming caveman who must make his way from stage 1-1 to stage 4-4 (fancy that). Along the way, you shoot enemies, and uncover upgrades for your weapon. Other upgrades, such as fast shoes, extra hearts, and the ability to turn Macho, await you if you’re able to make it that far. This game, if you couldn’t already tell, is quick to piledrive you, making grown men weep in mere seconds. But unlike other difficult games, like Bayou Billy, Dino Riki‘s difficulty is conquered with time and practice, not sheer luck.

Most people will give this game up on the first level because it starts off ridiculously hard (I know I almost did), but stick with it. Dino Riki may not be the most creative shooter on the NES, but it is fast, all guns blazing action, and it will give any hardened shooter veteran a more-than-worthy challenge.