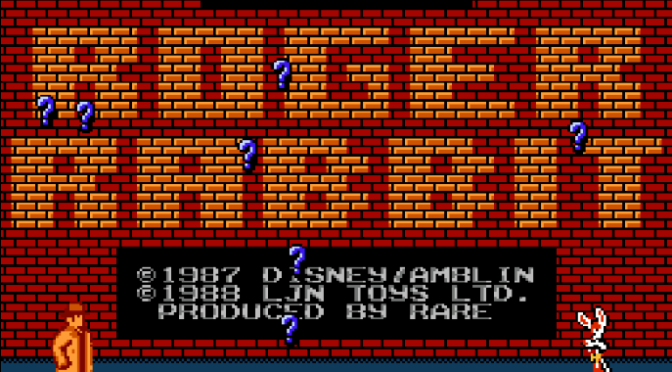 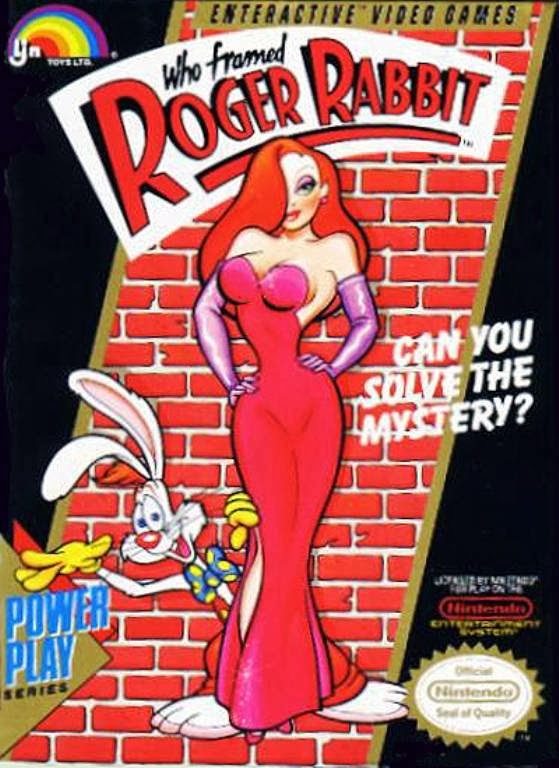 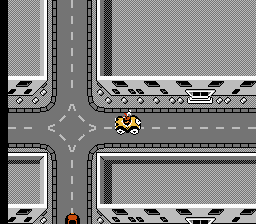 Out for a drive, amidst concrete and clay and general decay.

Rare came so close to getting Who Framed Roger Rabbit? right that it couldn’t help but disappoint. Naturally, you play as Eddie Valiant with Roger Rabbit in tow, and you’re searching all of Los Angeles for clues. Your typical side-scroller, this is not. Eddie and Roger are on an adventure, running (or driving, should you find Benny the taxi) all across the city, ducking into row after row of unhealthy gray buildings, and searching for clues. The denizens of the buildings will let you know whether the building is empty or if you should search for an item. Unlike Castlevania II‘s ghoulish cavalcade, these folks will never lead you astray. Helpful citizens in the City of Angels? Surely this is the ’40s!
Collecting items is never an issue, but keeping track of where you’ve already traveled can be a nightmare unless you make a map. The most frustrating aspect of the game is that every building resembles one another, including the famous areas of the movie; the Ink and Paint Club, Maroon Cartoons, and the Gag Factory to name a few. The over-arching goal is to collect every piece of Acme’s will and defeat Judge Doom, but life is never that easy. It’s often unclear what items should be used for and where, the weasels are never far off your tail, and searching for clues can be the epitome of tedium.
And yet, how else would one construct a Roger Rabbit adaptation? What Rare gave us – an adventure game with slight action elements – is the perfect presentation. Unfortunately, their ambition in creating a 1940s-era Los Angeles was limited by 8-bit technology, and thus, a misunderstood game was born. Too interesting to be bad, too flawed to be good, Roger Rabbit was ahead of its time.
C+
The following two tabs change content below.