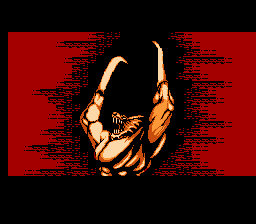 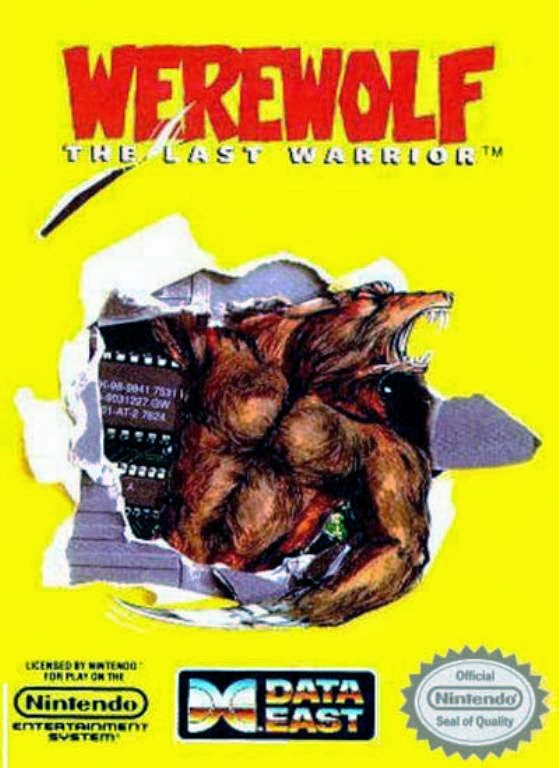 Is… is the werewolf busting out of an NES cartridge? 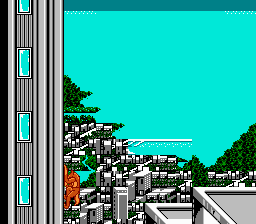 Don’t mind me, Everytown USA! Just a werewolf climbin’ up a skyscraper!

Werewolf: The Last Warrior wants so badly to be your new favorite 8-bit action game; so much so that it’s willing to borrow elements from your other favorite NES action titles in order to win your heart. When you’re in werewolf form, you move and control (and jump spin) like Leonardo in Teenage Mutant Ninja Turtles. You watch exciting cinematics between stages and clutch onto walls a la Ninja Gaiden. The hooded thugs from Rolling Thunder are briefly in one stage. Heck, even the Juggernaut from “X-Men” shows up at one point (though in the game he’s known as the “Iron Head). But even though Werewolf takes from these far superior action games, it also adds new ideas of its own within the Werewolf character. As a werewolf (as opposed to a human, which you transform into if you lose enough health), you can jump higher, grasp onto walls and ceilings, and perform back flips that render the werewolf invulnerable. All of these moves involve a complex control scheme (including a jump function that’s tagged to ‘B’ instead of ‘A’) that will take some time to master. But master you must, and quickly. From the beginning, the short stages are peppered with challenges that require you to think in terms of the character’s abilities, rather than as a straightforward button-mashing action game.
Unfortunately, Werewolf just isn’t very fun to play. The controls are too stiff, particularly in werewolf form. Werewolves (I would assume) are fast, agile, loose, comfortable in their own skin; the controls should emulate this to the best of their abilities. The level designs lack personality, though not from lack of trying. One minute you’re in the woods, the next minute you’re in a factory, then the sewers, then on top of a skyscraper. This jumble of environments wouldn’t matter (it is an NES game, after all) if the levels held one’s interest. The difficulty is either too easy or too hard, depending on how many enemies the game decides to throw at you. The last stage I attempted had random bolts of lightning coming from the sky. One hit and you’re dead, when every other enemy I had previously encountered took off two bits of damage at most.
Werewolf posits the notion that an interesting main character with a bevy of moves will make an otherwise half-assed action game fun for the player. But it takes more than a Werewolf and a blender full of other developers’ ideas to make a game click. Back to the forest with you, wolfie. You’re not ready for high society just yet.
D
The following two tabs change content below.