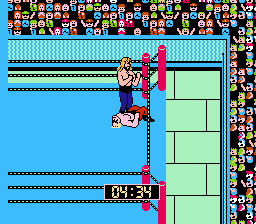 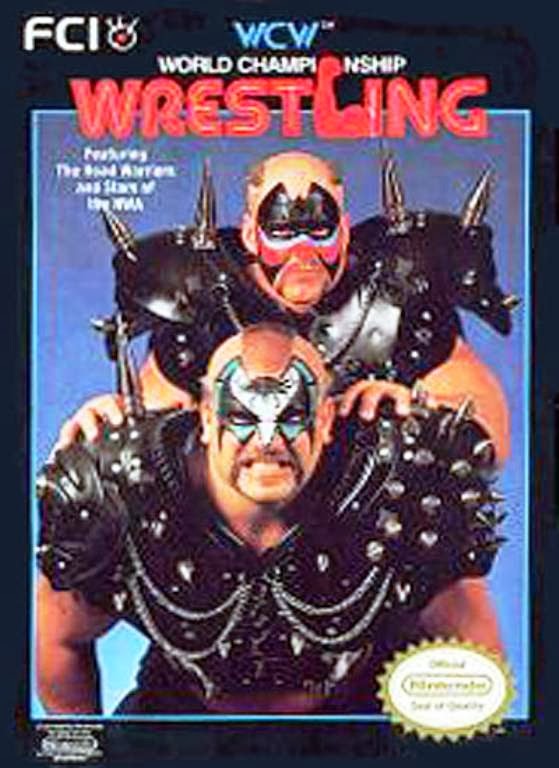 Did this look intimidating in 1990?

Not even the talents of Ricky “The Dragon” Steamboat can save WCW Wrestling from making a spectacle of itself. And yet, the game begins with such promise. At the outset, you select a single or tag match, then choose from twelve wrestlers. From “Nature Boy” Ric Flair to the Road Warriors to Mike Rotunda, the wrestler list is an accurate representation of the WCW circa ’89. Once you’ve selected your beef tank, you’re shown their move set: a list of eight moves with hilarious names like “Bulldogging Head Lock” and the “Boston Crab.” You select four to use during the match, assigning them to different directions on the D-pad. So now you’ve got your wrestler and your moves. The crowd is cheering, your heart is pounding. The bell rings, and before you have time to button-mash, your opponent has you winded. Yes, as soon as the fight begins, your opponent will blindside you, and it will be difficult to escape from their blows. I tried Ric Flair, Mike Rotunda, and Sting – fine wrestlers all – and nary a one was able to fell Michael Hayes even a tiny bit. Your special, painstakingly created move set is all for nought, as you realize it’s impossible to connect a simple punch or kick. I tried, oh Lord help me, I tried. I imagine the two-player matches are sublime as both players are more-or-less evenly matched; I didn’t try it, so I can’t say for sure. Single-player certainly demonstrates that brilliant introductions do not make for successful ends. You lose, WCW Wrestling.
D
The following two tabs change content below.