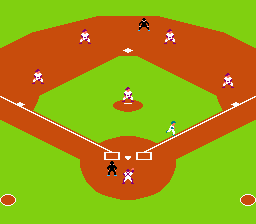 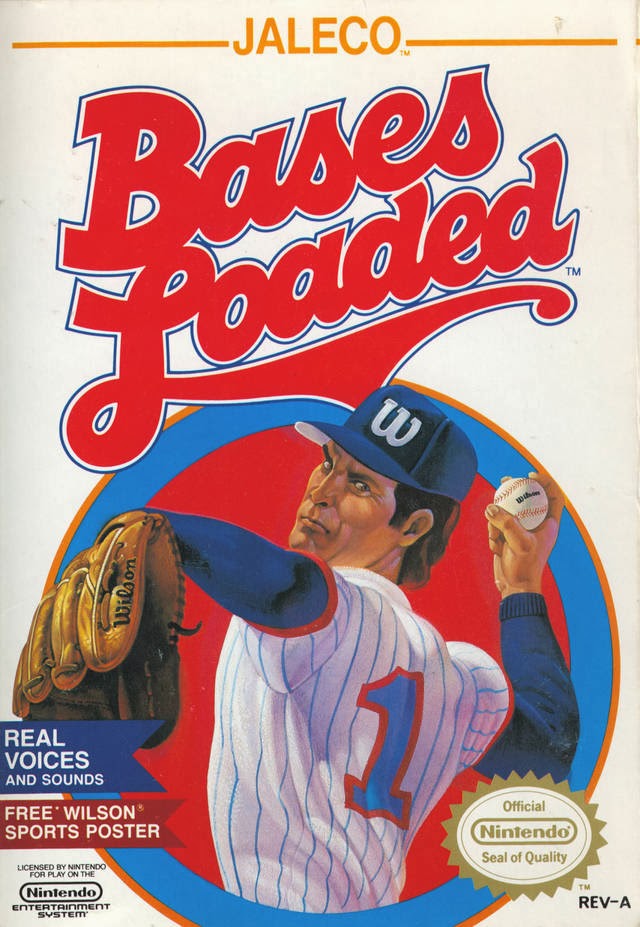 Constipation Jones steps up to pitch! 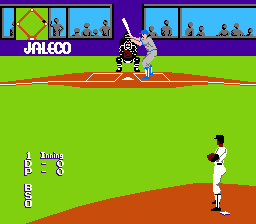 All the players have a feminine swagger, but according to the Jaleco press release for the game, they’re “all man!”

Baseball is a relatively simple sport: throw the ball, hit the ball, catch the ball, run fast. Yet for whatever reason other than piles of money, the NES was inundated with baseball games. The NES had around twenty baseball games released throughout its nine years, and the Bases Loaded series comprises a fifth of that total; no small feat. What makes Bases Loaded stand out from the over-crowded all-American pack?

1. Graphics and animation – When the camera is zoomed in on the pitcher and the hitter, the players actually resemble real people instead of outcast midgets from the land of Oz (see Baseball). The pitching and swinging animations are also top-notch. It’s a shame, then, when the camera zooms out to the entire field and, once again, every player turns into a pixelated hobbit.

2. Camera behind the pitcher instead of the batter – Why mess with success? Every NES baseball game places the camera behind the batter. It makes sense. If you’re batting, you want to be able to see and adjust your batter properly, in time with the pitch. Obviously, when you’re pitching, this camera angle is less of a problem, but batting quickly becomes a pain.

3. The infielder/outfielder difference – I know in real baseball, it takes longer for outfielders to throw to the base. But for crying out loud, it’s not like the ball is gently rolling through the air, carried along by a soft summer breeze. The outfielders throws suck in this game, and it doesn’t matter if they’re in center, left, or right field. The infielders, on the other hand, have mitts of fire. If they throw a ball, it zooms to the proper base in record time. Had Jaleco found a happy medium, Bases Loaded would have my favorite field play so far. The camera is super smooth and follows the ball perfectly.

Bases Loaded is a sub-par stadium hot dog: I was probably overcharged for it, but I didn’t get poisoned and it filled me up properly.