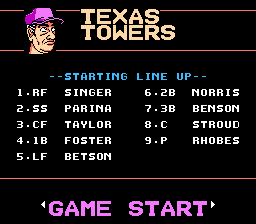 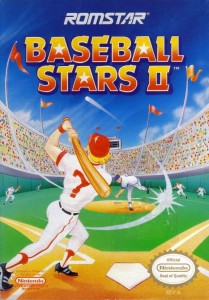 A generic cover for a missed opportunity. 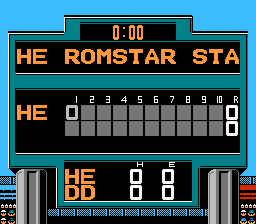 Seeing this made me get my hopes up for Extreme Baseball Action.

Does anyone actually play sports games anymore? Perhaps I’m just not friends with the right gamers. Outside of one high-school buddy who had NBA 2K on the Dreamcast, none of my friends care, and it’s easy to see why. Sports games as they are today have little personality. Back before licensing and yearly updates were thrust upon a wary consumer, sports games had to have some quirky attributes to make them stand out. Even Baseball Stars, a well-made but straightforward sports game, had teams consisting of pirates and ninjas. So as I approached Baseball Stars II, I wondered, why bother making a sequel? Without licensed characters and stat updates, it seemed irrelevant; especially since the first one was as good as it was.

What made BS 1 stand out was the awesome create-a-team/player feature. If a sequel needed to exist, surely, I thought, it would be to enhance the first game’s strongest point. Strangely, nothing has changed, and what little has is barely worth mentioning. The pitching felt a little looser, and I noticed that each batter had a different batting stance (I think the latter may have been in the first game), but other than that, the mechanics felt as good as they did in the previous game. The graphics and environments look basically the same. The AI seemed a little more difficult, but that could have been due to the team I chose. On a more personal note, in BS 1, there was a team with all females which I used to dominate the field. Sadly, my ladies were nowhere to be found in this game. Points off.

Does it make a difference that SNK didn’t develop this game? A company named Romstar acquired it and put it out on the NES in 1992, while SNK put their own version out on Neo-Geo. I have yet to play the Neo-Geo version, but I wouldn’t be surprised if it’s a lot better than this bland rehash. While there’s nothing particularly wrong with Baseball Stars II, Romstar did nothing to improve the game either. It’s like playing BS 1, with less features and less personality. Since hardly anyone bought it, I wouldn’t be surprised if it’s rare and costs $200. Don’t be fooled.