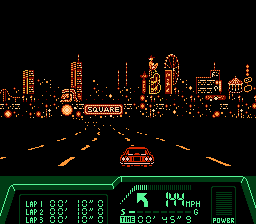 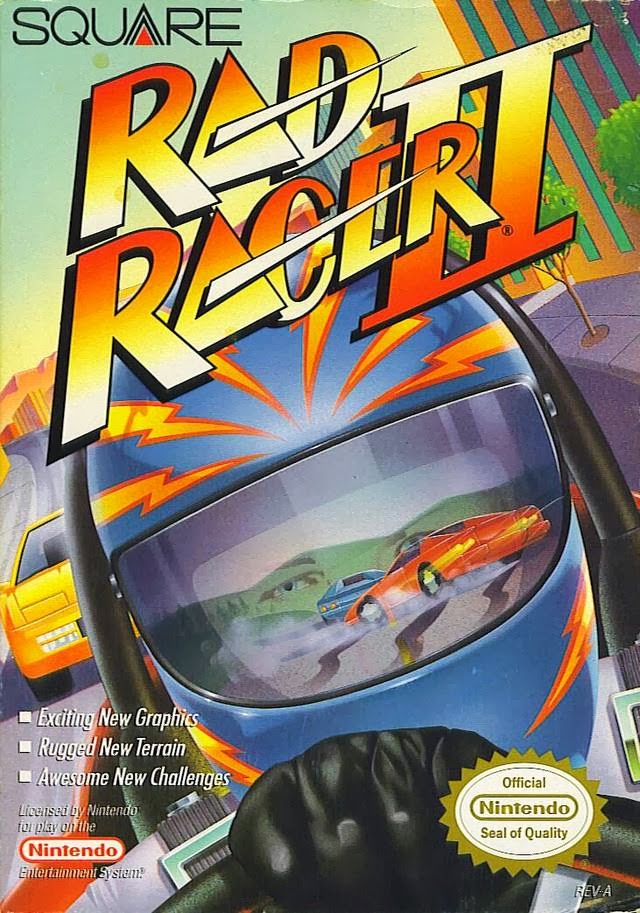 Square has a headquarters in Vegas? That would explain FFVII…

Rad Racer II is Rad Racer I with an extra I attached. If you’re looking for a complete overhaul in gameplay (or perhaps additional RPG elements because that’s Square’s “thing”), you won’t find it under this Ferrari’s hood. RRII keeps the racing fast, the turns tight, and the drivers bumpin’ – just like the first. Now, I’ve given developers guff for releasing sports sequels that are roster updates (see: R.B.I. Baseball 2 or 3), so it stands to reason that I should give Square crap for not adding anything to Rad Racer‘s gameplay. Thing is, I loved the first game, incredible difficulty and all. Outside of a two-player mode (which would cut down on the smooth framerate anyway), there’s nothing Square could add that would increase my affection for this series. I do like that you can choose to race in silence now (“Sing to Yourself” – classic) or pick from one of two jaunty tunes; personally, I just threw on Kavinsky and got to racing like a boss. For those of you who like the idea of Rad Racer, but couldn’t possibly commit to trying to beat Rad Racer II in one stretch, these cheats will give you a figurative and literal boost (thanks GameFAQS!). To me, the Rad Racers boil down the arcade racer to its essence: go fast at all costs. Anything less is unacceptable.
B+
The following two tabs change content below.