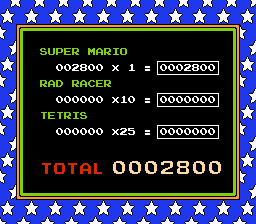 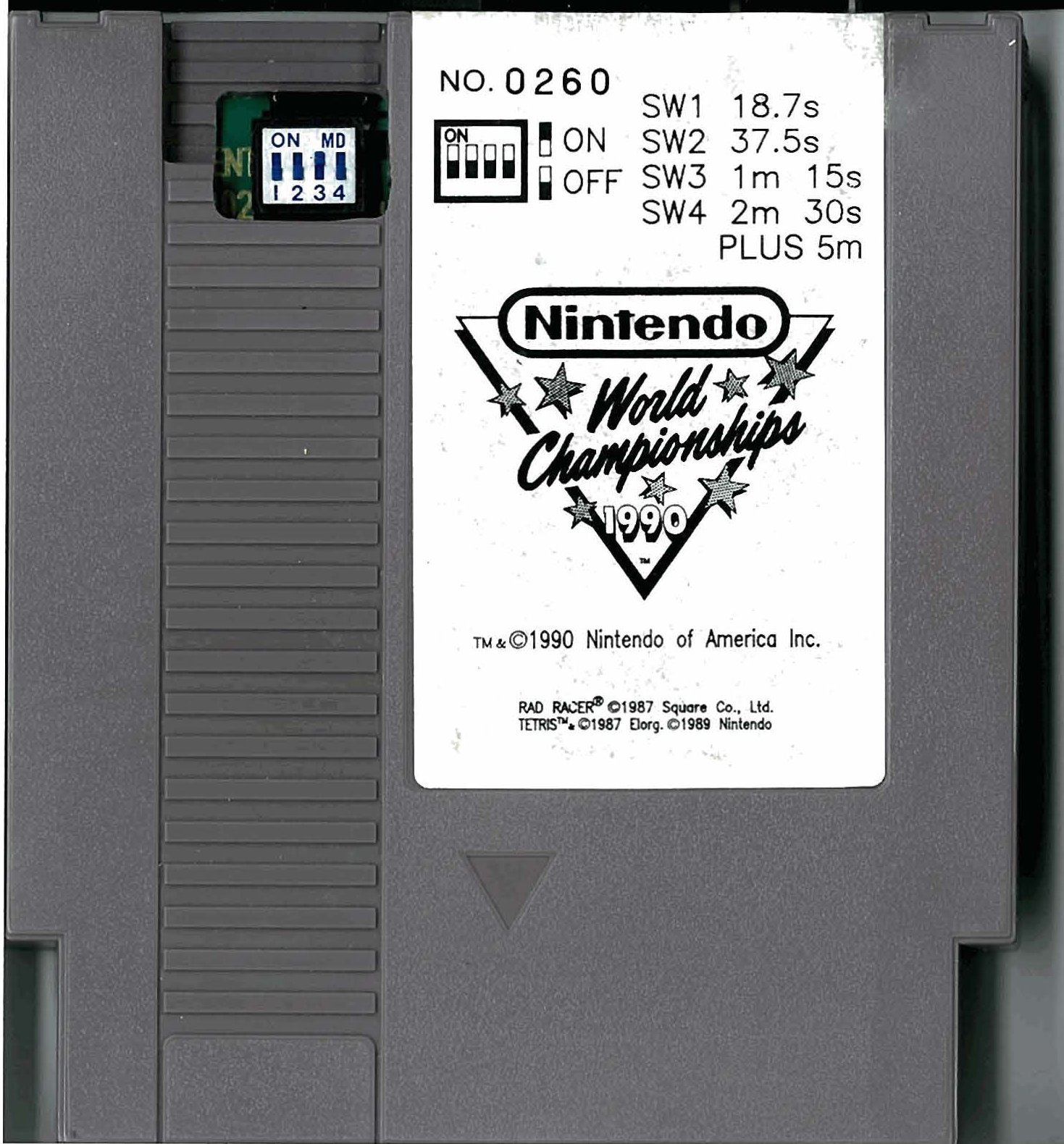 A lesser gray cartridge. It’s worth some bucks, but not as much as…* 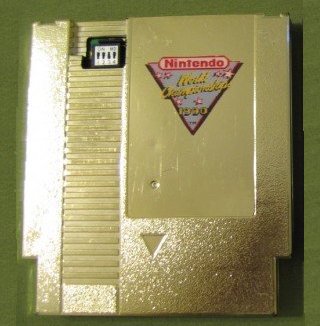 You’ll need a down payment on a house to own this.^ 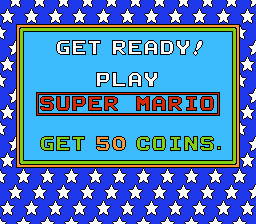 In between each game, screens like this inform you of each game’s goal.

Most retro gamers know all about the legendary Nintendo World Championships ’90 cartridges. Only 116 cartridges were ever produced. Ninety were colored grey, and were created specifically for the 1990 Nintendo World Championships; each finalist from the Championships was given one to take home, regardless of placement. The additional twenty-six were colored gold, and given as prizes in a Nintendo Power contest. Due to their rarity, these cartridges are considered to be among the most valuable Nintendo “games” ever made (next to Stadium Events and Nintendo Campus Challenge ’91). As recently as Dec. 2nd, 2012, a gray cartridge sold on eBay for over eight thousand dollars. I’m not one for shattering dreams, but unless you’re a wealthy entrepreneur who happens to collect NES games (apparently they exist – how can anyone afford to drop eight grand on a game?), the likelihood of one’s NES collection ever being complete is slim to nil, thanks to Nintendo World Championships ’90.

The Nintendo World Championships pitted American gamers from three different age categories against each other. Each gamer, regardless of age, would play the games contained on the NWC ’90 cartridge. Whoever got the most points within six minutes and twenty-one seconds of play won (the cartridge automatically stops play). Super Mario Bros., Rad Racer, and Tetris were the games included, each with their own specific goal. In Super Mario Bros., you have to collect fifty coins as quickly as possible; in Rad Racer, complete a track made specifically for the tournament; and in Tetris, beat the high-score of 10,000 points. The final score (according to MobyGames and Wikipedia) is tallied like this: (Super Mario Bros. score) + (Rad Racer score x 10) + (Tetris score x 25) = final score. Getting a reasonable score on SMB and Rad Racer isn’t very difficult, but Tetris is the real wild card. It’s difficult to reach the high score unless you’re a robotic brick-laying machine (I never knew how slow I was at Tetris, until NWC ’90 enlightened me). After touring through twenty-nine cities and with ninety finalists competing, Jeff Hansen won the “11-and-under” category, Thor Aackerlund won in the “12-17” category and Robert Whiteman won in the “18-and-over” category. Each winner received a $10,000 U.S. Savings bond, a 1990 Geo Metro convertible (?!), a 40″ rear-projection TV, and a gold-painted Mario trophy. Not bad for playing Nintendo.

Could Sony, Microsoft, or even Nintendo conduct a gaming tournament like the Nintendo World Championships today? If they did, it would be covered in a neon corporate ooze that would unwittingly ostracize a large number of the audience they’re trying to reach. After twenty-plus years, ridiculous financial growth in the industry, and an all-around darker world landscape, such changes are inevitable. Between consoles, portables, phones, tablets, PC, and Facebook, it’s hard to comprehend what the gaming landscape even signifies anymore. In 1990, when the world was smaller and the gaming industry wasn’t worth billions of dollars, the Nintendo World Championships was a quaint, powerful reminder that Nintendo was gaming because they cared about their players. No other company came close.

*thanks to jinjabobot.com for the image

^and to nesrepairshop.com for this image