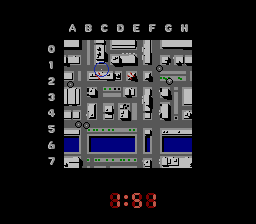 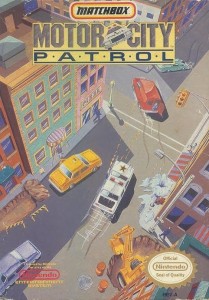 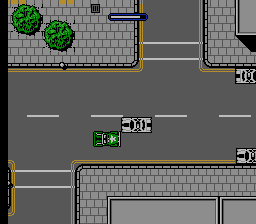 I could take pretty much any screenshot and it would look about this thrilling.

Motor City Patrol should have been a quirky precursor to the Grand Theft Auto series, except instead of transporting cocaine, you’re transporting justice. You patrol the town, you make arrests for speeding and robbery, you hunt down known public enemies, and all from the safe confines of your trusty grey Matchbox car. It sounds intriguing and it should: no one would attempt this sort of car-confined game until a few years later with both Grand Theft Auto and the original Driver, and it would be about another decade before Grand Theft Auto III brought hordes of driving and pillaging clones on to our PS2s and Xboxes. Motor City Patrol may still be remembered today as the grandaddy to rule them all, but I believe one fatal flaw damned its chances: every time you want to view the map, you have to press ‘select.’ This goes beyond merely frustrating to game-destroying. The map should be on the upper right hand corner of the screen at all times. It tells you all of your duties in the form of colored circles or crosshairs, and your duties can change within seconds. Robbers (yellow circles) and speeders (red circles) can literally appear two seconds after the last time you checked the map, but you won’t know unless you check the map again; it also doesn’t help that there’s a bit of lag (yes, lag) each time you check the map. You might be speeding towards a robber to make an arrest and think you’re headed in the right direction. You double-check the map, boom, they’re on the opposite end somehow. Forget the crappy graphics, stock sounds, and poorly laid-out city: if the game put the map in with the action, Motor City Patrol would have been groundbreaking. Instead, it’s a piece of vintage poop.
F
The following two tabs change content below.