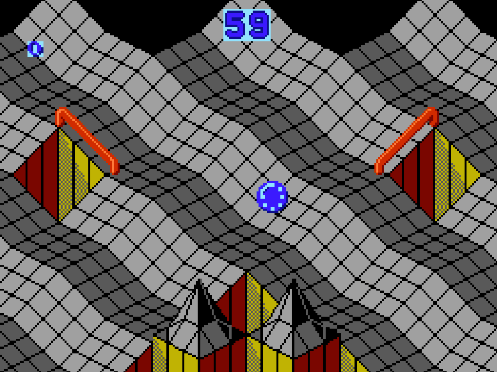 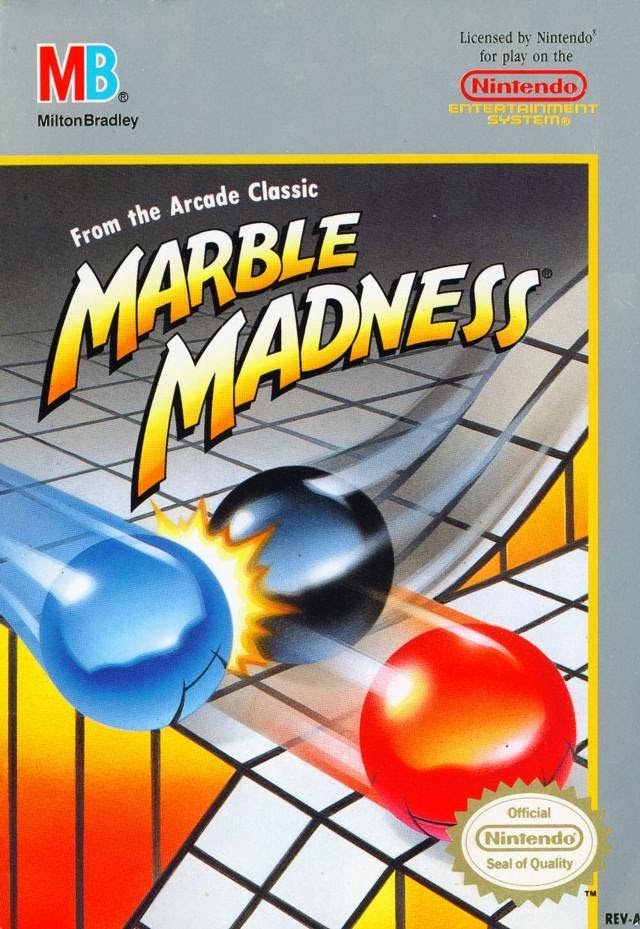 “And here comes the black ball from the top and WHAM! Blue is off the field, with red narrowly avoiding destruction! What MADNESS have we just witnessed!” 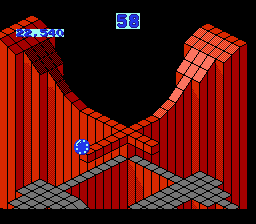 Marble Madness is all about controlling a marble as it rolls down and around six whimsically designed courses. You’d be forgiven for thinking that sounds about as enthralling as watching a musical entitled “Boredom on Ice!” but the game succeeds as well as it can with the simple concept. The first three courses are almost as easy as rolling a ball down a hill. Navigate the marble around a variety of obstacles, like little moving acid pools or worms that have an gastro-affinity for marbles. While you have unlimited lives, your greatest asset is time. You have a set-time for each level – usually between 30-45 seconds – but after you finish a level, however much time you have left over goes into the set-time for the next level. Believe me, you will need as much time as you can for the last three levels. Level four is an aerial level, one that throws your marble hither and yon on the course. It’s easy to lose control on level four, but level five is a different beast all together, defying the laws of physics and enabling you to go up easier than you can go down. Level six is the “ultimate” stage, and while I’ve seen an intimidating screenshot of it, I can honestly say I’ve never been here. And that’s it. You can play game B, which is essentially a different (harder) control scheme or against another player, with both marbles racing to get to the finish line first. Both options add life to an incredibly short game, and indeed, the latter is Marble Madness‘ greatest flaw. Had the game included a few more courses – perhaps unlockable when you finish the game – it would have been perfect. Still, it’s surprising that controlling a marble on a decline on your NES is as much fun as it is. Worth a roll.