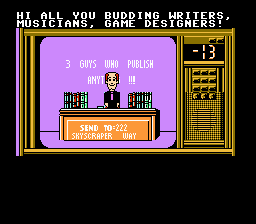 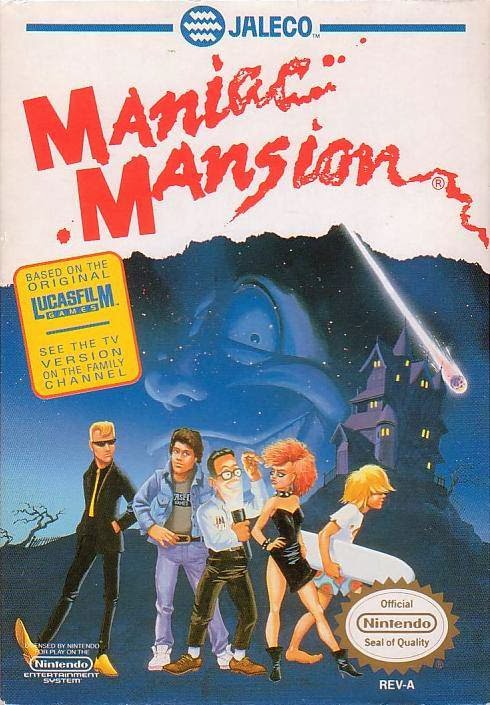 I think this cover speaks for itself.

I’m all for blowing up hamsters, but could you kids turn down that damn radio?! Maniac Mansion has always stood out from other point-and-click adventure games because of its weirdness (it is actually possible to blow up a hamster), but it succeeds because of its humor and the variety of things to do. Dave’s cheerleader girlfriend Sandy has been kidnapped by the evil Dr. Fred, and only Dave and his hipster friends can bring Fred and his family of freaks to Funkytown a.k.a. Justice. While the story is disposable, the atmosphere/dialogue gleefully combines 80s horror movie teenage stereotypes, with 50s-era demented scientists. Each character – there are six, in addition to Dave – has a unique skill set, and since you can only bring two additional characters along with you, the replay value is off the charts; ten different endings, depending on who your supporting characters are and who does or doesn’t die within the game. I grew up playing Maniac Mansion on an Apple computer, so it was a little hard for me to transition to using the D-pad for a cursor, as opposed to a mouse. There are certainly enough options within the game (Push, Pull, Use, Get, Turn On, Turn Off, it goes on) that dragging the cursor with the D-pad can be a burden at times, but the game is fun enough that most people won’t mind it. Get down with the sickness ooo-waa-aaa-aaa (mind the corpse in the bathtub) and play this demented adventure game.
B+
The following two tabs change content below.