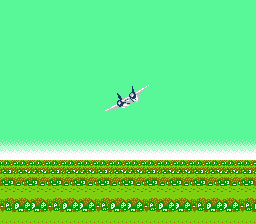 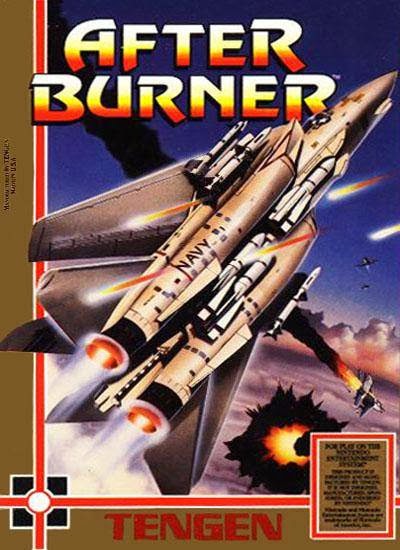 There’s an awesome black cartridge inside that box. Too bad the game itself lacks the awesomeness of its casing. 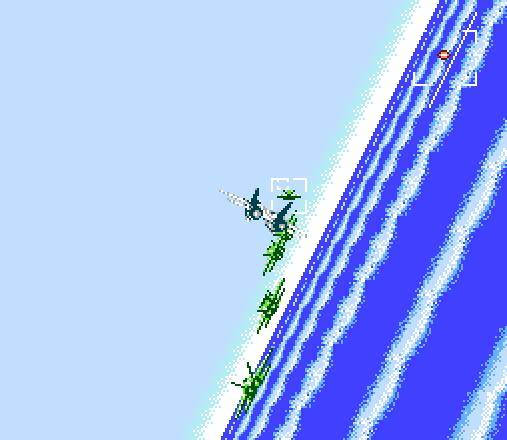 I wish it was as fun as this looks.

Tengen? Sega? Nintendo? What in the world is going on? It would seem that some sort of weird cosmic force allowed Tengen to illegally publish one of Sega’s most well-known arcade games for the Nintendo, despite the fact that the Master System had already been released, and in fact already had a version of After Burner on it. The NES port of After Burner – the original arcade flight game to end all others – is hardly playable, so much so, that I could barely get through the first level. Little background information: I pride myself on never feeling sick during any sort of game whatsoever. The herky-jerkiest of first-person shooters has never made me want to spew forth into the toilet, but After Burner actually made me a little nauseous; enough to make me stop playing. Strangely, I remember playing it in the sit-down cabinet arcade as a kid and loving it; zero Gs as well as zero nauseousness. If you’re still wanting to tempt fate, here’s what you’re in for: you shoot planes and attempt to move out of the way of their projectiles. Sometimes the controls move appropriately, sometimes they don’t. The graphics are glitchy and awful and do all they can to keep you from progressing. You get three lives, you die quickly, you start all over again, tra la la, la la. Tengen’s published some fantastic illegal carts. After Burner isn’t one of them, sir, no sir.