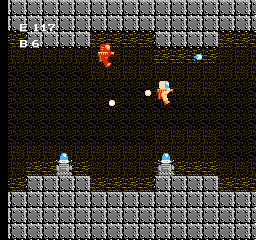 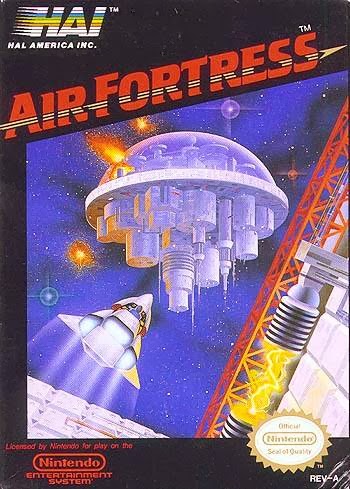 That there’s an Air Fortress, sure as you’re born.

The majority of games on the Nintendo thrive on repetition. It makes sense. To cut costs on development, developers will utilize similar, if not the same, templates for each stage, while adding new enemies here and there or simply re-arranging the layout for each level; changing colors, slightly different backgrounds, etc. As children living in the age of the NES, this repetition was expected and allowed, as long as each successive level was fun. Air Fortress starts out wonderfully, but like an all-you-can-eat banqueter, slows down quicker than one might like.

Admittedly, the gameplay of Air Fortress was unique at the time. The first half of each level starts out as a fairly standard shmup, and the second half is a platformer. It’s a novel idea to combine these two genres, but neither is executed well. The shmup feels more like ‘shmup-lite,’ as enemies take their sweet time in attacking you and you never gain any real power-ups for those areas. The main purpose of these sections seem to be for you to collect energy for the platforming sections. As you complete the shooting portion, you dock your little ship and an adorable little spaceman comes out (Lolo, is that you?) and descends into – that’s right – one of eight Air Fortresses. The platforming is more enjoyable, but still feels lacking. The energy you collect during the shooting portions is how much life you will have for each level. Energy goes down when you do anything – jump, shoot, whatever – but unless you actually get hit by an enemy, it will go back up the second you touch down on the ground. There is no gravity in these sections, and the controls take time to learn. Instead of hitting ‘A’ repeatedly to propel yourself as one might expect to do, you have to press the directional pad in the order you want to go; ‘A’ is your gun and ‘B’ is for your bombs, which only seem of use when facing a boss. 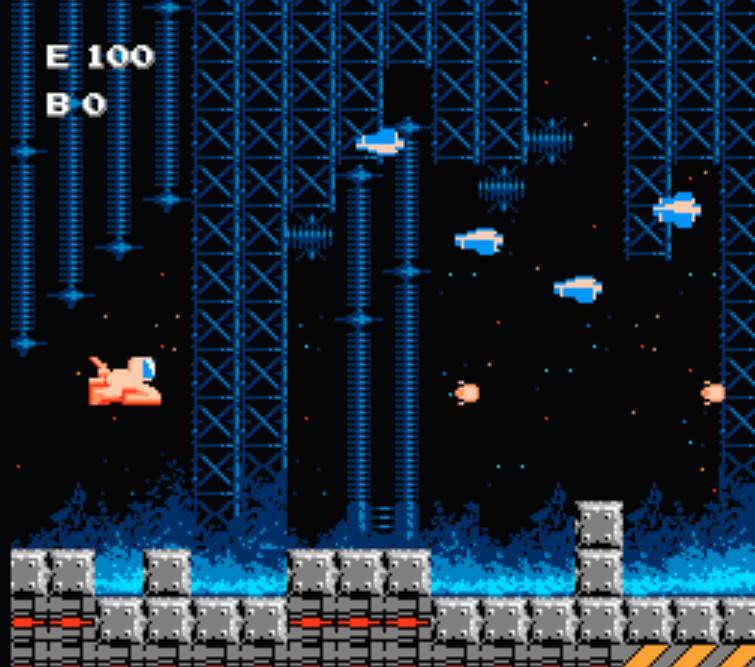 I’ve shmuped a few in my day, and Air Fortress needs some tinkering.

Trouble is, neither part of Air Fortress seems imaginative. The shooter portion is boring, and the platforming could have used more objectives than to just stay alive. When you finally reach the “core” of the Fortress, all you have to do is shoot it. It doesn’t fire back or try to protect itself. Perhaps this is more realistic, but couldn’t saucer-eyed aliens from Ryluxatron IV be protecting these stations instead of big fireballs that just sit there and take abuse? Any amount of creativity or outside-the-box thinking would have bolstered Air Fortress onto a pedestal, instead of a slightly-raised TV tray.