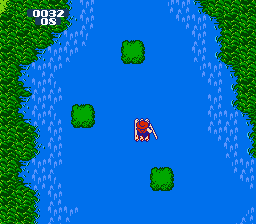 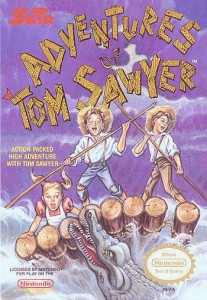 You must be THIS corn pone to enjoy this game. 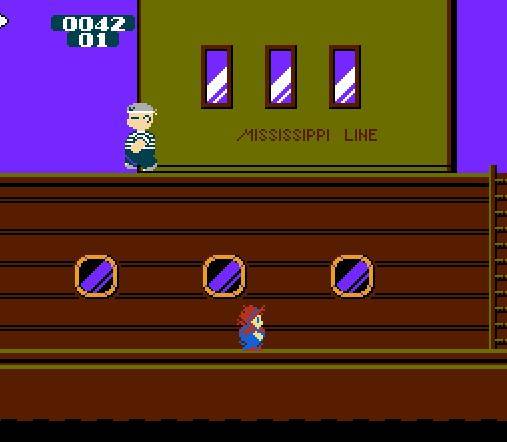 Round about then, ol’ Tom lost a few inches on the Mississippi Line. “Tarnation!” Tom blathered.

I believe it was Mark Twain that said, “A book is only as good as its movie or game adaptation.” Well, if such a saying was ever said or if it’s just one of those ol’ mythical statements that gets passed down from time immemorial, I would challenge the person who said it to a duel. If “Tom Sawyer” the book was as bad as The Adventures of Tom Sawyer, we’d have pronounced Mark Twain a hack and given him up to the dregs of history long ago.

Seta, the makers of such outrageous gaming confusion as 8 Eyes and The Wizard of Oz are the masterminds behind this adaptation. According to the “cutscenes” in the game, Tom Sawyer has fallen asleep and is now dreaming that he’s up to some no-good adventures, including fighting octopi and shmup river rafting. The graphics are nothing short of excrement, as you can see in the screenshots. Tom’s visage actually made my guts churn: he looks like a young boy dressed in old fat man’s clothes. Truth be told, besides the graphics, there’s nothing really wrong with Tom Sawyer. There’s just no reason for its existence. The stages aren’t memorable in any way; the only challenge is provided through faulty game mechanics, and once you figure out how to exploit those, you can easily breeze through the game; and the game itself is very unsettling to look at – like a child went to town with a 99-cent Tom Sawyer coloring book. You can apparently play as Huck in two-player mode, but I doubt it really changes the gameplay. Needless to say, I won’t be renewing these Adventures and neither should you. 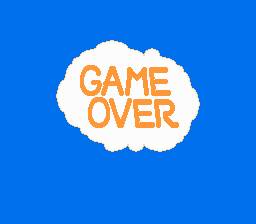 Somewhere in Hollywood, Bill Paxton is hamming it up.