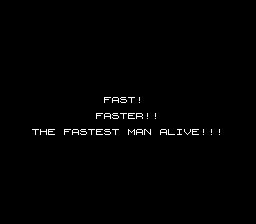 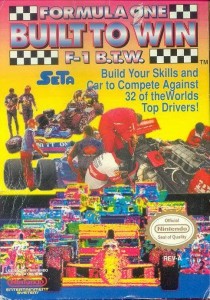 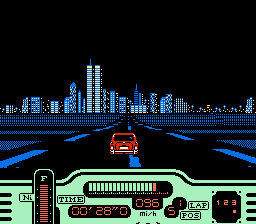 Those are indeed the Twin Towers you’re racing towards.

Built to win? Not when I’m trying to race a squatty Mini Cooper like it’s a Ferrari. Formula One takes it to the streets and takes it hard. You’ll have to upgrade your vehicle if you want to have a chance of winning. You start out as a Rank “D” and you have to win all of the D-ranked races to progress. New York, Detroit, Miami, all those gangster-ridden cities are your first stops. Trick out your ride (2x the chassis! I only think I know what that means!) and get to driving. There are two different types of enemy cars on the road, green and blue. Pay the greens no mind, they’re just going to work. The blue jerks will not let you pass unless you get creative and nitrous past them. Yes, using your nitrous at all times is the only way to beat any race. Don’t forget to recharge after every race because one race will eat most of it up. The racing itself is solid, as are the sim elements. The game is hard because it should be hard to rank up in any game. Alas, modern day racers have made gamers’ abilities sloppier than a wet sock after jogging through a rainstorm. You want some fast and furious sweat racing from your brow, down your shirt, and recovering somewhere in the belly button region? You want to play Formula One. It’s not for everyone, but if you think you’ve got what it takes – if you’re Built to Win, so to speak – it will reward you fully.
B
The following two tabs change content below.