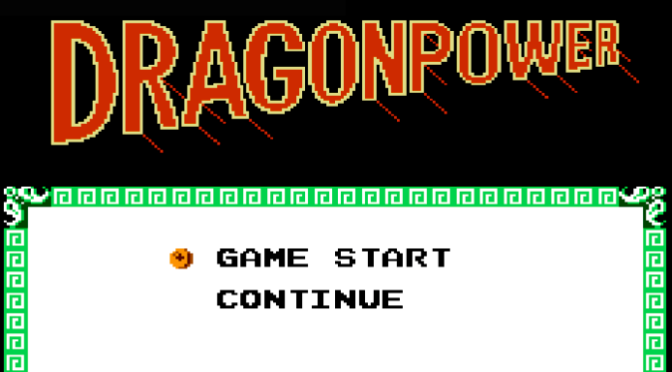 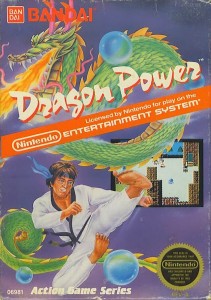 This is the American cover… 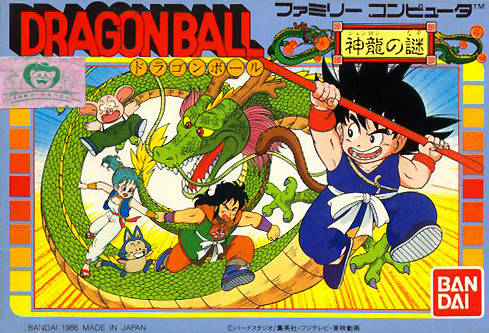 This is the Japanese cover… 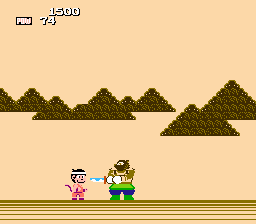 This is a mid-boss battle. I wish the game were as fun as it looks.

Don’t let the name Dragon Power fool you: this game is based on the original “Dragon Ball” manga. Finding out the latter fact doesn’t do the game any favors, though. While I admire the quirky Japanese feel of the game, the actual gameplay is rough and tumble. You play as Goku, the beloved main character from “Dragon Ball” and your goal is to hit everything in sight, either with your fists or a Power Pole. The game has a top-down view, so while your progression isn’t strictly side-scrolling, it’s still linear. Most of the enemies are slow and can be felled easily, but always watch your health or POW meter. It’s constantly decreasing, for one thing, but the hit detection can be terrible, especially when fighting enemies with swords or other long-reaching weapons. One life, just like Dragon Fighter means you’ll be paying your dues and starting from Level 1, no matter how far you’ve gotten. Besides the supposedly authentic “Dragon Ball” flavor of the game (several of the characters’ names have been changed), there’s not much to recommend here. If the game didn’t have such poor hit detection, I’d say it could get by on charm and name value alone. I personally didn’t have the patience to suffer beating after beating nor did I care enough about “Dragon Ball” to power through Dragon Power. Worth it only for dedicated fans.
C-
The following two tabs change content below.