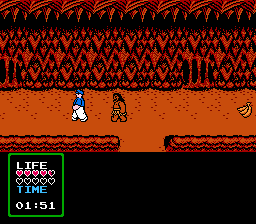 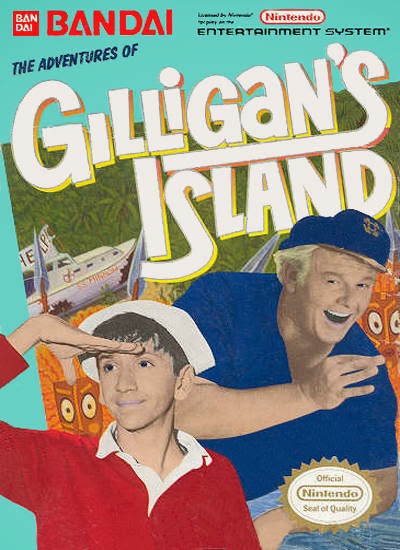 Oh, the myriad of things I hate about this cover. 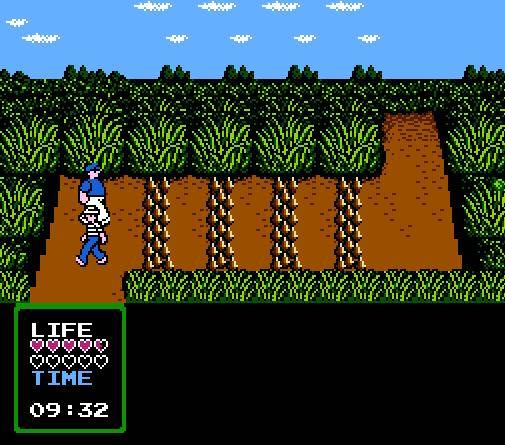 It’s best to just slowly crawl over those spikes, Gilligan.

I’m not exactly sure what convinced Bandai, a Japanese developer, to publish a game based on an American TV show that had been cancelled for twenty-plus years at the time of the game’s release. Do the Japanese have a fondness for silly Sixties television? That’s a real question, and if anyone knows the answer, leave me a comment. Regardless of the source material, though, the real measure of a game is its gameplay, kind of like the measure of a man is the length and depth of his chest hair. So how does our boy Gilligan fare? Let’s just say he and Justin Bieber are gunning for that first sprout of manliness.

You begin the game as the Skipper, with Gilligan tagging along behind you. Gilligan is controlled by a horrendous AI who constantly goes out of its way to make your life miserable. He loves to fall down holes, fall off bridges, get stuck in quicksand, etc, etc, etc. In that way, I suppose, he’s similar to the Gilligan in the show: he exists to make the Skipper’s life miserable, providing comic relief for the audience. But imagine how the Skipper feels. In the show, the Skipper wants to drown Gilligan in a vat of acid. In this game, the Skipper’s feelings are your feelings. Nothing would please you more than to leave Gilligan for the monkeys and snakes that litter the landscape. Actual controls for the Skipper aren’t too bad. The graphics and music are atrocious, though. Your characters lack any sort of facial features, and the music is akin to Ronnie James Dio coming back from the dead and whispering sweet nothings in your ear; painful and Satanic.

I kid… sort of. The game is horrible, just like the show. Let’s leave it at that.