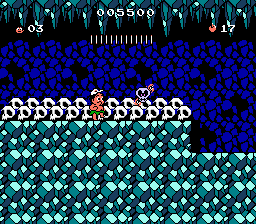 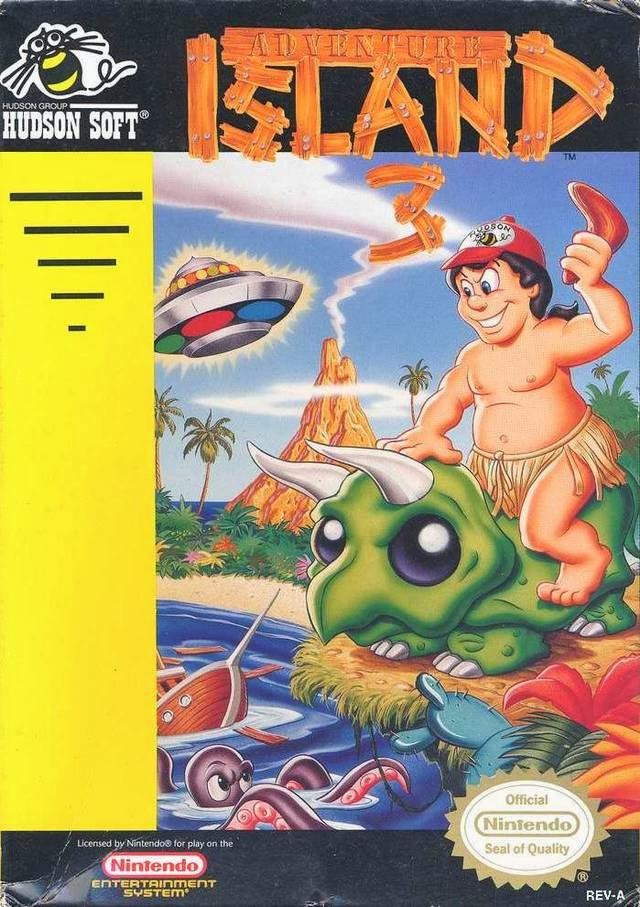 Our boy Higgins has come a long way since his days as a skateboarding misfit. 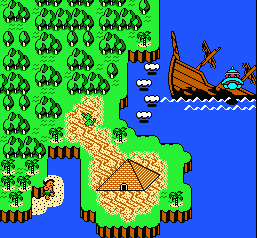 This explains a lot.

My adventures with Sir Higgins have finally come to an end, at least as far as the original Nintendo goes. Sure, we had some good times: fire-roasted barbecue pits, swimming in the ocean, running away from deadly eggplants. Memories! But, as much as it pains me to see him go, I think it would pain me more if he didn’t leave. His final adventure, Adventure Island 3, is nothing more than a marginally improved Adventure Island 2. It’s an entertaining diversion, but not much else.

I said in my original Adventure Island review that these games had a formula going that, like Mega Man, is “devilishly addictive.” I think that I’ll retract that statement now. When I first played Original AI, I was coming off of a four-day AD&D crap-a-thon. Anything looked and played better than those atrocities. This isn’t to discount the genuine fun I had with the original game, though. It’s just that my assumption was that the AI formula would continue to impress me time and time again. It certainly didn’t, especially with the “hey let’s pretend we’re Mario 3” changes that were made in AI 2. 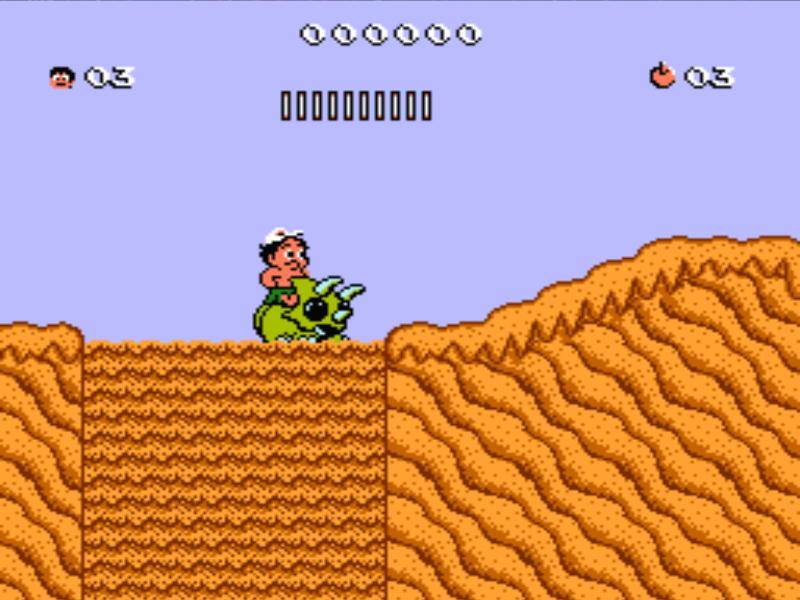 Higgins, ever brave in the face of danger, calms his possessed triceratops.

To its credit, AI 3 is slightly better than the second one. The levels don’t seem as cookie-cutter. Perhaps they’re using a wider color pallete, tricking me into believing the stages aren’t carbon copies. Whatever they did, it worked. Higgins dinosaur friends actually seem to help a little this time around. Unlike the second game, though, this game gets ridonkulously hard real fast. Even if you’re taking your time and subduing the urge to plow Higgins through everything, tricky moving platforms will kill you, or hidden enemies will pop out of nowhere. It’s frustrating, but at least the time bar doesn’t seem to move down as fast as in the other two games (unless you trip over a rock – a pox on them!).

At the end of the day, my complaints seem petty to me. There are so many other horrible games on the NES that to nitpick a relatively decent game feels wrong. But these are my reviews and I’ll do what I want ::dons sunglasses::