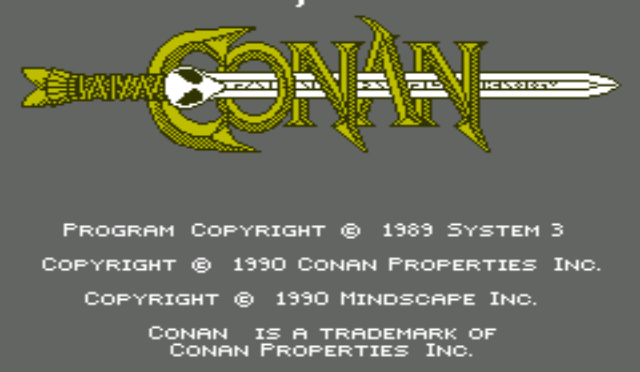 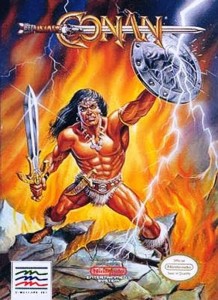 Conan has surpassed the need for women. His body only responds to the elements. 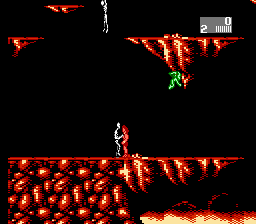 I have no anecdotal information about Conan, other than, someday, I hope to watch the two Arnold Conan films, “Conan the Barbarian” and “Conan the Destroyer” because Arnold is awesome. The new Conan movie looks like it’s trying to take itself too seriously, always a false move with a cheesy action franchise. As for the books, the comics, the fact that people are still interested in this character after 70 + years… I dunno. The character seems pretty cheesy to me, but he obviously still holds a lot of appeal for some lonely souls out there. Conan’s lone NES game, however, is a soulless piece of trash that should hold no appeal for anyone, regardless of if they’re lonely or surrounded by friends and loved ones.

Do you ever see guys who look like they’re ripped when they wear certain shirts, but then they take off their shirts and they have just a normal flabby body? They intentionally pick those shirts to get women, then when the woman is too drunk to care, BAM! The shirt comes off, and with it does the promise of a bronzed muscley goddess who only wants to rub your feet and feed you grapes by the beach. This game is a little like that conniving guy: it’s a farce, a charade. When you think of Conan, you think of hacking people and mythical creatures to bits with your sword, with little to no effort. After all, big muscles wield big swords – it doesn’t take all of Arnold’s brain to figure out that tidbit! In this game, you start out with nothing but your arms. Fine. It only takes the bashing of three skeletons before the third drops a sword… but you can’t pick it up. Try as I might ( I even looked up an FAQ on the controls), I couldn’t pick that sword up. Every different button combination couldn’t pop the sword into Conan’s hand. The real Conan would have drawn the sword to him, like a magnet methinks. Anyways, I tried to progress, but the farthest I got was a large Cerberus who shot fireballs at me a la Mario. I tried merely jumping over him, and disintegrated into nothing. Then I turned the game off and cursed its very existence to the nethers of space.

Graphics, music, control – Conan has ’em all, and none of them perform their required duties. Conan’s world, the enemies, and Conan himself all look like they were fashioned out of silly putty; not the good, authentic Silly Putty, but the dollar store kind that was fashioned out of disintegrated brick scraps from abandoned building. Music is a series of deets and doots – always a sign that the developers have little to no idea of what they’re doing in all areas of the game. Can anyone out there think of a bad game with good music? With the exception of Cheetahman II‘s surprisingly catchy theme song, I can’t. The control is by far the worst. I don’t understand certain NES game developers desires to be “different.” The “A” button should always equal jump, forever and ever amen. In this game, jump is “up.” Jump is also down and “A” and down and “B,” which is fairly disorienting. “A” and “B” by themselves are attacking, although it’s hard to actually tell if Conan’s hitting something or merely raising his arms like someone coming out of a diabetic coma.

I’d say it saddens me to see a game of such poor quality from such an awe-inspiring franchise, but truthfully, Conan the character does nothing for me. He’s just another sucker in a loincloth with a sword who happened to make it big. No, I will not back down from this position. Conan is boring, just like his game. For once, a crappy license makes a befittingly crappy game.