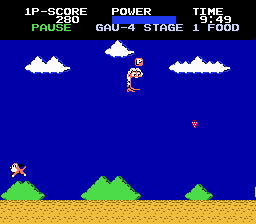 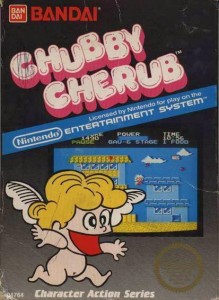 You know you want to be part of this character action.

I’m not one to shy away from weird concepts in video games. In fact, I prefer strangeness over realism any day of the week. That’s not to say I can’t play a “realistic” shooter like Call of Duty and enjoy myself, but I’d rather play a quirky Japanese mating sim like Cubivore for the Gamecube. Cubivore appeals to my inner weirdo and it offers something that can’t be done in real life, which is, for me, what video games are all about. I can sign up for a branch of the military and go kill guys. I can play any number of team sports. I can’t construct a giant ball that sucks up everything in its path like I can in Katamari Damacy. I definitely can’t fight demons and collect them like I can in the Persona series. And I definitely can’t assume the role of a cherub and fly around eating cakes and pies and looking for random Japanese dudes in windows like I can in Chubby Cherub. Shame, that.

What you’re about to read will not make much sense, but insanity and Chubby Cherub share the same possibly platonic bed. You play as a chubby angel and you fly around what I assume is Japan, eating cakes and fruit and avoiding your archnemeses, canines. While you can walk around instead of fly, it’s not recommended as the dogs will rip your pure, pristine flesh apart. Yes, dogs are everywhere in this game, but beware the barking dogs more than any other kind. To beat a cliche’ to death, their bark is worse than their bite, as the soundwaves of the bark can kill you from across the screen. Numerous times, I would be collecting cakes, thinking I was far enough away from the barking dogs, and without warning, I’d be killed. As you fly, you do need to watch out for your decreasing power bar, but eating will refill it and there’s more than enough food to go around for your fat holy self. You can collect “P” icons that will give you brief invincibility and lollipops that will allow you to attack enemies. Use them well because each level gets harder and harder, with more and more dogs running wild in the streets of Japan. The level ends once you find a random Japanese man in a window. Ganbatte!

While Chubby Cherub is a simple early NES game that will provide a couple hours of enjoyment at most, I still recommend that purveyors of all things quirky and Japanese give it a play. If nothing else, it shows the creativity and downright strange ideas that Japanese developers had in the early days of the NES. Lord knows if Japan wanted to make Chubby Cherub 2 now, they’d have to conceptualize it completely differently. First, Bandai, the developer of Chubby Cherub is a part of Namco and since Chubby Cherub can’t logistically be made into a character with large breasts, they’d sell the license to Square Enix. Square Enix would give the character a makeover, renaming the character and the game Strong Emo Cherub with Great Hair 2 (still a better name than Infinite Undiscovery). Instead of eating cakes, he’d collect items to heal the earth and dry young maidens’ tears. Instead of dogs attacking him, the very powers of hell and every evil, mysterious organization that hates angels with feelings. It would take five years and millions of dollars to develop, only to sell limited quantities and make Square Enix regret their purchasing decision. Such is the way corporate gaming works in modern times.