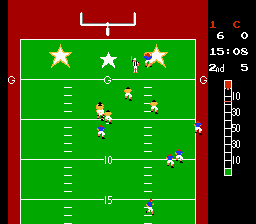 FIGHT FOR ALL THE YARDS, BOYOS! 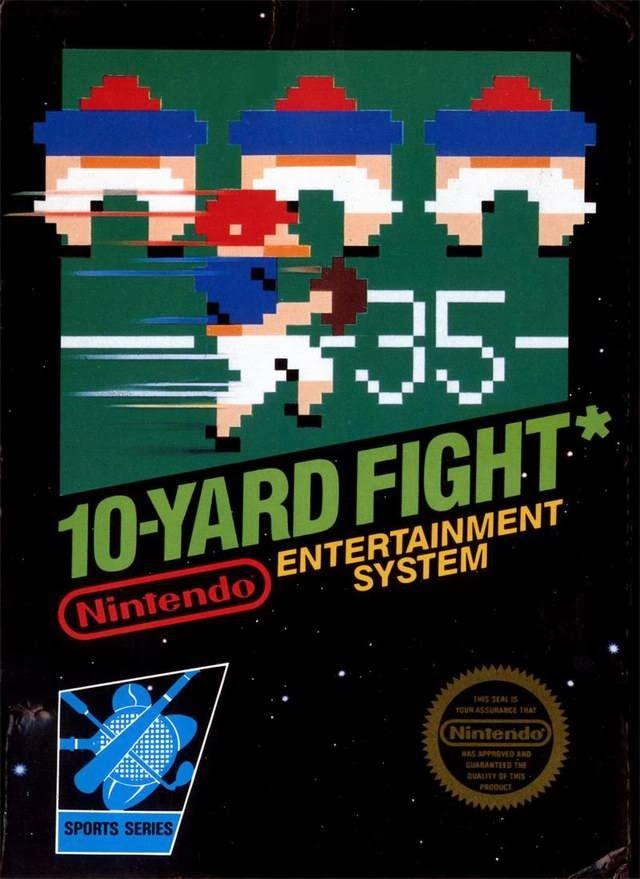 Those players should really get their rickets looked at. 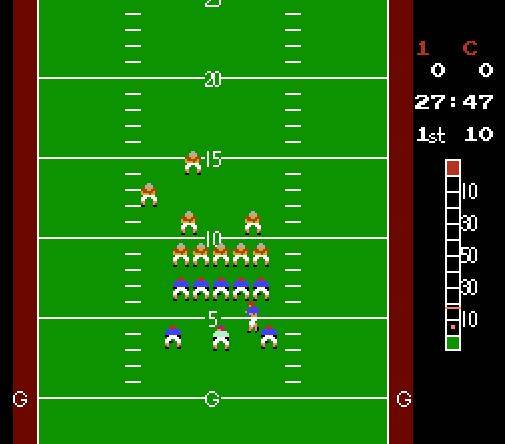 I expect some fighting around that particular yard line.

10 Yard Fight a.k.a the Japanese attempt to sabotage the sport of football. The year is 1985. Two Irem developers walk into a bar. They’re talking about Nintendo’s Famicom, or as it’s about to become known in the states, the “Nintendo Entertainment System.” They’re looking for a way to break into the American market, but how? They order a drink or five to forget their worries, and eventually get on the subject of how inane American football is. “Why would anyone play such a sport? Everyone knows baseball is the sport of kings!” (another shot down the throat) There’s a pause as the liquor burns holes into their stomachs. One of them snaps their fingers: “That’s it!” he says (in Japanese, not  English). “We’ll become one of the first Japanese companies to develop a football game for the States. We’ll make it a mockery of the sport, but sports fans will buy it anyway, because it will be the only one of its kind!” Cue mirthless laughter, more drinks, and hours of off key, heartfelt karaoke.

The next day, the developers nursed their hangovers with a cold compress and a couple dozen cigarettes. They realized they had already made a crappy football game for the arcades two years prior. That game was 10-Yard Fight. “Good enough,” they muttered, and stuck the code into an awkward grey casing.* Later that year, it would become one of the launch games for the Nintendo, and the world would know not to trust any football games developed outside of America.

*(Dramatization may not have happened).