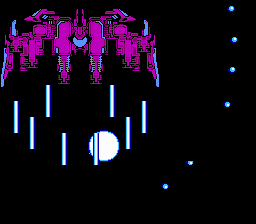 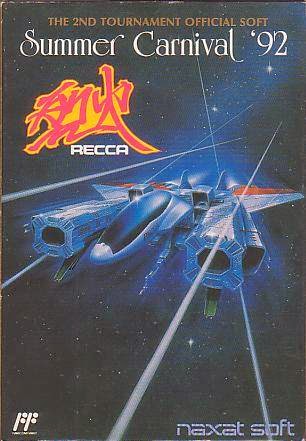 Death! It is everywhere!

Imagine a summer carnival in 1992: carousels, fried twinkies, vomit, girls in skimpy clothing, enormous stuffed animals, glistening sweat. The carnival is a hazy fantasy that feels real – until your wallet’s empty or you’re unable to find your car in the gravel parking area. Day time at the carnival is all scorching heat and spiked lemonade. But when the sun decides to rest and the stars advance upon the darkening sky, the carnival changes. The children grow weary from the hours of bright light, non-stop rides and fattening cuisine. They leave with their families, content with the memories that linger even as the day passes. Adults without families – hardened by life’s constant demands, eager for fleshly delights – descend into the carnival, and the atmosphere shifts towards the sinister. Of course, the carnival does not abide by anyone’s perception of it or what it should be. It is an enticing mirage of its own making, one that lingers and deceives longer than it should. Once the carousel’s shut down and the fried grease has been emptied out onto the field, the carnival shuffles its way to the next town, leaving behind dead grass and tire tracks.
But, of course, a legitimate summer carnival has little to do with Recca. “Summer Carnival ’92” is the name of a Naxat Soft shoot-em-up competition that took place in Japan in (that’s right) 1992. Recca was created specifically for the competition, with only a few copies produced. As a result, any Recca Famicom cartridges you see in the wild are likely out of your price range unless you’re willing to drop a couple Benjamins. Happy accidents do occur in the gaming community from time to time, though. Last year, Recca was released in the e-Shop for about the price of a large Frappucino. While I’m not sure how comfortable it would be to play a fast-paced, over-the-top shooter on your 3DS screen – XL or otherwise – the option to use save states is a huge selling point. 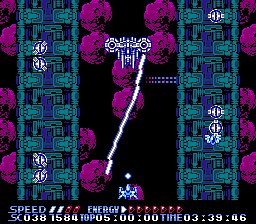 Johnny 5! You’re alive!
About Recca itself: nowhere on the Famicom/NES will you find a shooter as abrasive, as corrupt, and as oppressive as this overblown wrecking ball. Life Force aside, there are no shooters more satisfying. Recca assaults your eyes, your ears, and your reflexes in the most beautiful, belligerent way. The overwhelming number of sprites on the screen at one time defies comprehension (screen shots don’t do the game justice), as do the game’s graphical and audio qualities. Dozens of enemies pour in and out of view, as if they were hoping for a cameo shot in the game before moving on. The more difficult enemies linger and barrage you with projectiles a-go-go, while the lower-tier jerks continue to say their brief hellos and goodbyes. If it wasn’t for the slight scratchiness of the sprite textures and the occasional blinking/tearing (not sure if that’s the right term – ah well) that is infamous to the NES/Famicom, Recca could pass for an early 16-bit game. The soundtrack is one block-rockin’ beat after another and perfectly complements the in-game insanity.
Recca gives you primary weapons, secondary weapons, and bombs. The primary weapons are your main source of inspiration: lasers, triple blasts, homing shots, forward blasts, and spread, all of which can be upgraded if you live long enough. Secondary weapons are less powerful cannon add-ons that help when the going gets rough i.e. always. Depending on which type you collect, they will rotate, aim backwards or forwards exclusively, circle or rotate around the ship, or seek after enemies. Secondary weapons use the ‘B’ button to shoot, while primary uses ‘A.’ To use both at the same time, you’ll have to hold both buttons down until your thumbs ache; a strangely cathartic process. The bombing system is strange and used primarily for bosses. Stop firing your weapons altogether and a large blue mass will form at the front of your ship. Let it grow until you’re reasonably satisfied, then release it for a large blast of destruction. Some weapons are better than others, obviously, but it also depends on how you like to play. Like your ship to sit in the center of the screen? Better get that triple blast or spread, with a rotating or homing secondary. Like to wander? Forward blasts and a forward secondary, ho! Even as you flirt endlessly with death, Recca encourages experimentation. 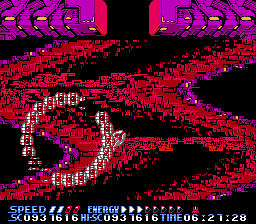 Is that Gigyas in the background…?
There are only four levels in Recca, but they are long, relentless, and mean. The second stage has forward and backwards scrolling, trippy warble effects, and three bosses. I didn’t even get to the fourth stage, but it apparently has eleven boss battles. You’re given sixty minutes to complete the game, which is hilarious. If you’re good enough to beat Recca, time won’t be an issue; if you suck, you’ll be dead long before the time runs out. “Score Attack” mode challenges you to get the highest score in two minutes, while “Time Attack” Mode asks you to get one million points within five minutes. These modes are nice time-wasters, but they’re mere whisky shots compared to the overflowing tumbler that is the actual game. Once you’ve beaten Recca, there are additional modes with which to punish yourself. “Recca Arrange” is seven additional levels, all of which are incredibly tough. Perhaps each level is a circle of “bullet-hell”? Bullets are delivered without regard for logic, sense, or direction. Unless your eyes are as strong as a hawk’s, I wouldn’t engage the chaos. Finally, there’s a hidden mode called “Zanki Attack.” It gives you fifty lives, but in exchange for such generosity, enemies release four suicide bullets when they die. Dozens of on-screen enemies followed by four suicide bullets upon their explosion equals unbridled madness.
Props to readers Mateo, Matthew Conway, and Justin LaGrande for suggesting Recca. It doesn’t supplant Life Force as my go-to NES shoot-em-up, but it comes close. Beauty, power, and mayhem join together for a sordid romp in the 8-bit hay. Like wandering through a summer carnival in the impressionable spring years, the sensory overload that occurs during Recca will leave an imprint on your once-youthful mind forever.
A 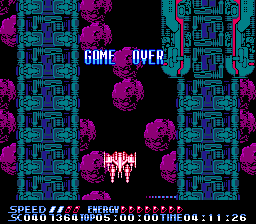 The enemy ship flees the crime scene. Until we meet again…
The following two tabs change content below.