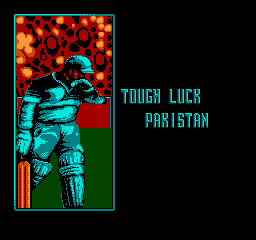 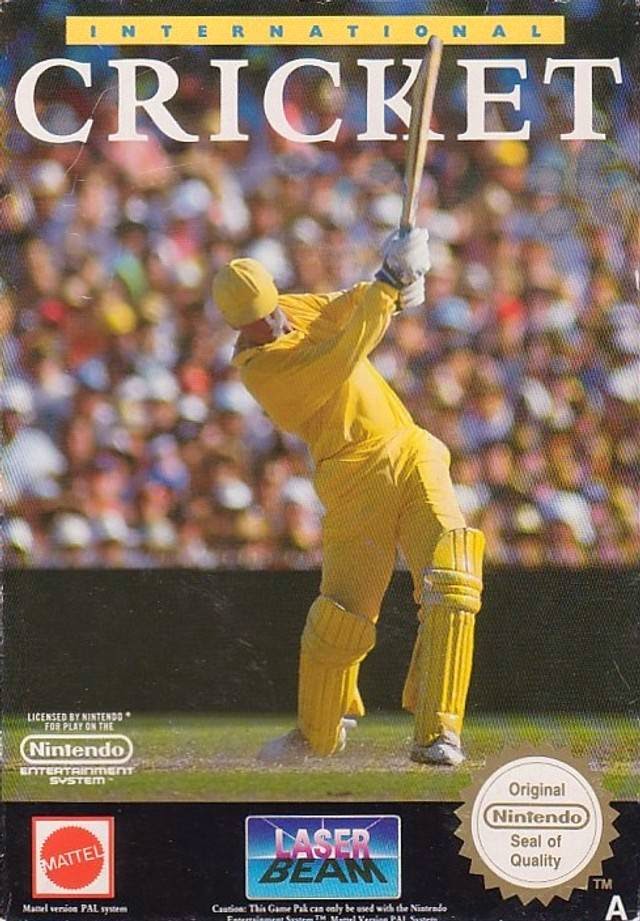 You have to dress like a member of Devo to participate in cricket. 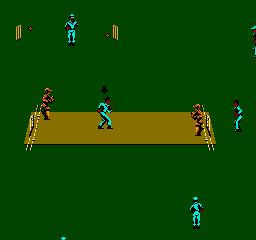 Swagger is also a requirement for bowlers.

Much to my chagrin, International Cricket is not about a cricket who travels around the world solving mysteries. International Cricket is all about the sport of cricket: wickets, fielders, bowlers, overs, howzat and the like. If the aforementioned lingo reads like ancient Greek, it’s probably because your country doesn’t give a whoop about cricket (or you don’t know what a crumpet is). For example, America has a national cricket team, but cricket’s popularity here is only slightly above curling. Baseball – America’s pastime for reasons we’ve forgotten – supplanted cricket as our bat-and-ball game of choice in the 19thcentury. For whatever reason, we chose peanuts, cheap beer, and Cracker Jacks over sportsmanship, and we haven’t looked back since. 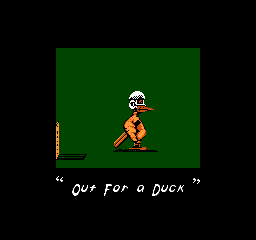 There’s no room at Aflac for loser ducks.

At any rate, I knew that if I was going to tackle International Cricket (per Roy Arindam’s request), I’d have to become accustomed with the rules of the sport. I’m still not sure I understand them all, but I learned enough to play a few matches. Much like in baseball, the goal of cricket is to score runs. Bases, however, are non-existent in cricket. Instead there is a single strip called a “pitch” upon which the player runs after they hit the ball. The player must run from the batting position to the opposite side of the pitch and back to the batting position in order to score one run. There can be up to two batters on the pitch at any given time. Let’s say your first batter is stopped behind the bowler (“pitcher” in baseball terms) and a second batter comes up to hit. If the second batter hits beyond the fielders, you’ll automatically score four runs. Batters can hit and miss as long as they want. They’re only out if the ball hits wickets located at either end of the pitch or if a fielder catches a fly ball (reverting to baseball lingo makes it easier to explain – my apologies). An inning is over once all the batters on the team are out. A game is over once all innings have been completed, but winning a match is slightly more complicated. The winning team is chosen based on the amount of innings remaining, wickets remaining (i.e. batters who did not bat in the final inning), and runs acquired – I think. This is the bare-bones run down of cricket, and frankly, it was all I needed to enjoy the game. Those who wish to inquire further should check with their local Internet browser. 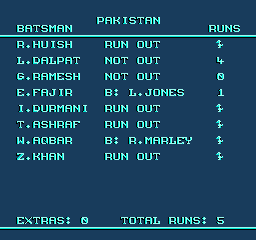 Ashraf has been a consistent disappointment.
To my untrained sensibilities, International Cricket seems like a worthwhile representation of the sport. Batting is easy to learn. An inning can go on forever if your wickets don’t get knocked off. Simultaneously, bowling takes a few innings to grasp. Every time before you bowl, a screen is shown giving you specific bowling techniques; you use them by pressing the D-pad in different directions. It’s useful information, but since the screen is displayed every time before you bowl, I quickly grew weary of it. It also didn’t matter whether I threw a leg-cutter, off-cutter, long ball, short ball, whatever. The computer hit almost every bowl. Perhaps it’s my inexperience with the game, perhaps the computer’s cheap. As a non-cricket master, it was difficult to tell. Fielding was a lot smoother than most baseball games. The field players aren’t spread as far apart like they are in baseball, so the in-game camera doesn’t have to scroll away to stay with the action.
I had no idea what cricket was two days ago. Thanks to Mr. Arindam and International Cricket, I now have a passing understanding. Awkward bowling mechanics aside, the game is easy to pick up and play for casuals and enthusiasts alike; the latter is even more surprising given that the developers, Beam Software, are responsible for some of the most heinous software on the NES. Player beware: unless you have a PAL-region NES, you’ll only be able to play International Cricket through the miracle of emulation. I recommend taking a crack at cricket, though, and particularly if you’re tired of the same old sports. Lord knows baseball hasn’t been doing us Americans any favors lately.
B

Pakistan never gets a break.
The following two tabs change content below.