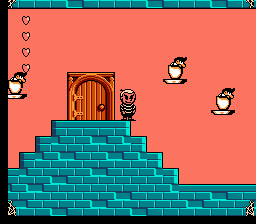 HELP IS NOT ON THE WAY 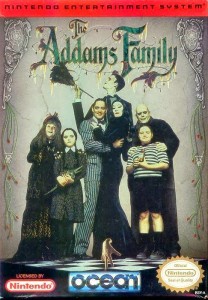 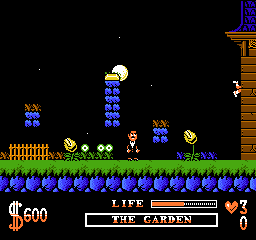 Nothing’s scarier than a frolic out in “The Garden.”

The Addams Family is the epitome of average, a side-scroller that doubles as a collect-a-thon. You play as Gomez, the patriarch of the Addamses, and your goal is to get inside your mansion, collect various knickknacks, and find your beloved family. The game lacks any sort of logical order: why would your family be missing in the mansion? Why are the items of the mansion seeking to take your life? Where is Sully, that wormy guy from the first movie, who should be the main bad guy in this game? I’ll give Addams Family this, though: had I picked it up as a kid, I probably would have finished it. It’s boring, sure, but not bad enough to hate with all your being. 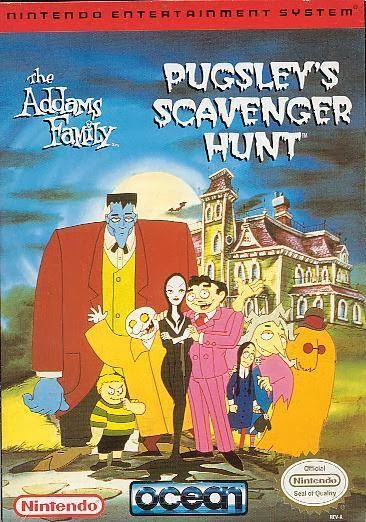 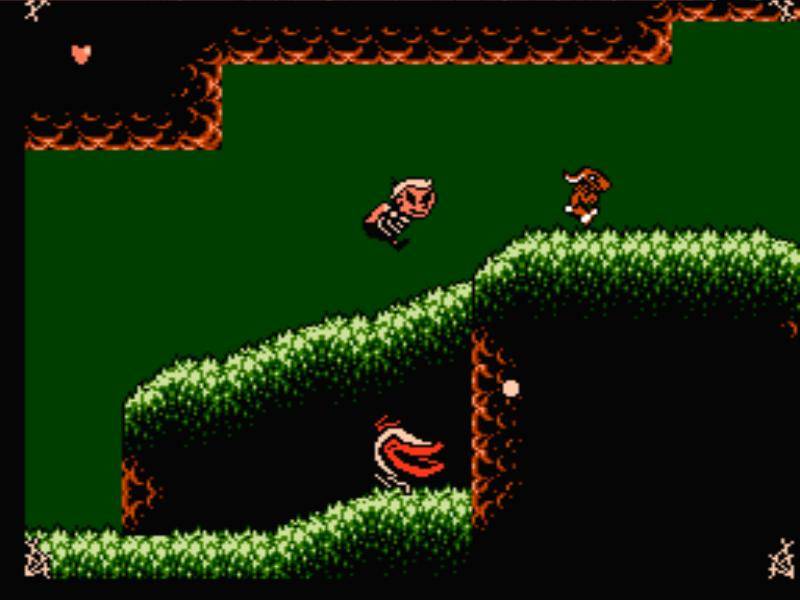 Despite his smile, the clown plant takes little amusement in Pugsley’s butt propulsion.

Pugsley’s Scavenger Hunt is pure evil encapsulated within an unassuming gray cartridge. It takes the gameplay from the first Addams Family game – collect things, avoid enemies, find the family – and makes them worse. You play as Pugsley, who bears a strong resemblance to a demon-possessed Bobby Hill. At first, I thought the game was Ocean’s idea of what it means to be avant-garde on the NES; the controls are broken, the environments are bare, and there is literally no music. An analogy on the barrenness of one’s spiritual self? Amusing, but unlikely. A hastily thrown together piece-of-crap to capitalize on the successful rejuvenation of “The Addams Family”? Now we’re talkin’! Pugsley’s Scavenger Hunt was released in 1993, a time when Sonic was king, Street Fighter II and its imitators roamed the earth, and the original NES had one foot and a torso in the grave. Ocean knew this game had no chance, so why bother putting any effort into its creation? Once I came to that conclusion, I ceased caring and turned it off.