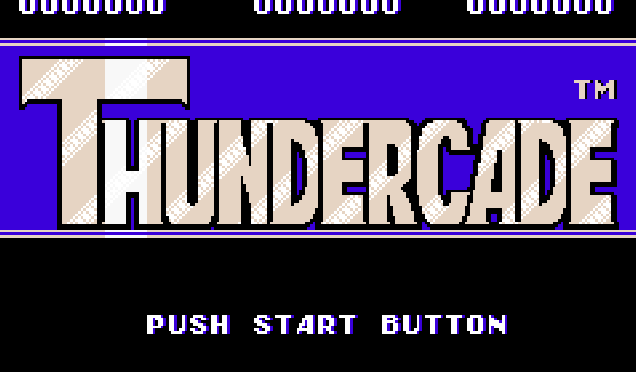 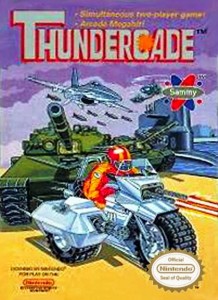 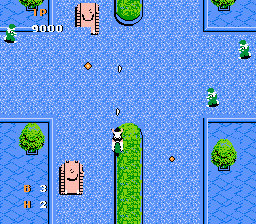 The peach tanks struck fear into my heart.

Thundercade is the shoot-em-up equivalent of a contemporary summer blockbuster: fun and exciting while you’re watching/playing it, but once it’s finished, you’d be hard pressed to remember any details. You play as Motorcycle Man, blowing up soldiers and buildings because why else would that gun be on the front of your Harley? You have a B7 Bomber as air-support back-up, and though your bombs are limited, even having a Bomber as back-up is too legit to quit. There are also different side-guns you find and equip: chain guns with puny one-shell bullets, and large flame-throwing cannons among the most common. Thundercade only has four levels, but, like Sir Mix-A-Lot, they are long, strong, and down to get the friction on. From the very first city level, Motorcycle Man is overrun by kamikaze soldiers, tanks of different flavors, lightning fast helicopter attacks, and more. Bombs and side-guns help thin the herd, but wielding your hog with precision is your best bet for staying alive. Two-player co-op helps you get through the game quicker, though you will fight over side guns; testosterone ablaze and all that. Thundercade wouldn’t even rank in a “best-of” NES shooter list, but it’s not unworthy of your time either.
B-
The following two tabs change content below.