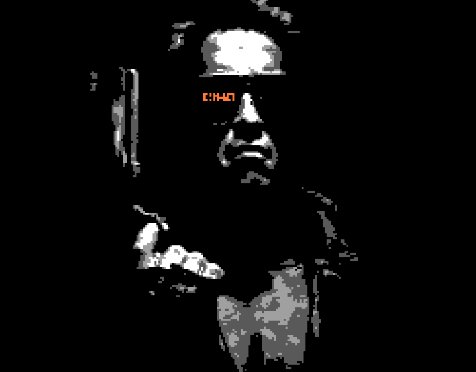 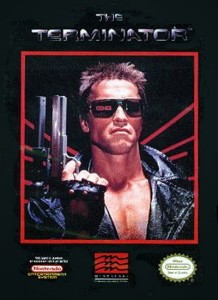 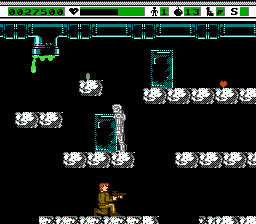 When Kyle was a man.

Terminator? Shoot yeah, I remember him. Big muscly fellow, liked leather, shades, and loud guns. He was always after my patron, Kyle Reese or “Wobby Knees McGillis” as I called him during our time together. He didn’t care much for my nickname. I told him, Stop jumping like a drunken schoolchild and you’ll get a new one. Then I gave him another scotch, on the house. Insults always come with a drink, and McGillis, well… Kyle’s different anyway. He’s from “the future,” see. In the future, he’s a soldier in some never-ending war between man and computers. But in our time – 1984 – he’s just like you or me: broke, depressed, and fighting to save a woman so he can feel better about himself. His Terminator’s after this woman, too. Kyle’s always driving recklessly around town with her, causing all sorts of damage, claiming he’s being chased by the spiky-haired madman. We listen to him, pour him another drink. That’s what we do best. I don’t know how he avoids jail, but then again, I don’t really care. Anyway, that muscle man will catch him before the cops ever do. I don’t know if he’s on crack or speed or whatever junkies take these days, but he’s like a man possessed. Kyle pissed him off something fierce. Last I saw Kyle, he was off to some factory. He said it was the only place where he could “finish his assignment.” He was loud and mean that night. I was about to kick him out before he left on his own. I ain’t seen him nor the big man since. Anyway, I hope they settled their affairs.
D
The following two tabs change content below.