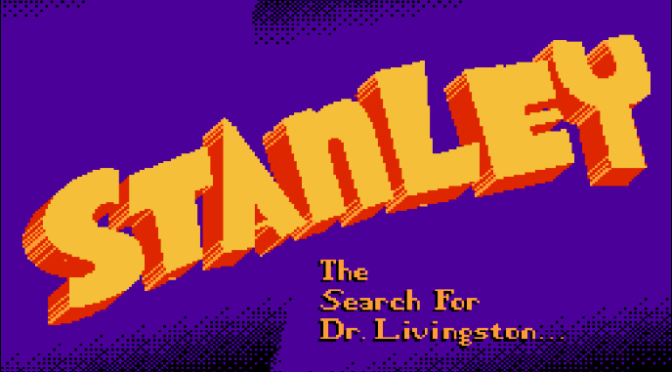 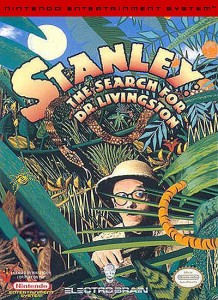 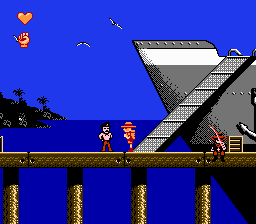 Say… what kind of expedition into the heart of darkness is this?!

Henry Morton Stanley is a tank. Not an Abrams tank, perhaps, but an M48: old, confused, and reliable. In The Search for Dr. Livingston, Mr. Stanley takes little more than a backpack and his fists into the deep heart of the African jungle. He has a map to guide his search for Dr. Livingston, but since he’s unsure of where the good doctor is, he must explore the map fully – and patiently. There are dozens of locations to consider, with many of them good for nothing except death. As you explore with Stanley, make a map of your own so he won’t have to retrace his steps repeatedly. Snakes, spiders, tigers, and more will try and prevent Stanley’s passage. He can pick up assorted weapons along the way, but many of them, like rocks, knives, and spears, have a limited supply. Best to use his dukes, a machete (if you can find it), or ignore the foul creatures. Much of Stanley’s journey is unclear. There are no barometers along the way to indicate how much progress he’s made, other than his own continual progression into the deep.
For some adventures, this lack of clarity would be a nuisance, but the rich atmosphere keeps The Search for Dr. Livingston from falling apart. Just make sure that Stanley’s up for finishing the search in one solid chunk, as the password system is unreliable (jot down a password at one part of the map, and it’ll start you in a completely different section, possibly with less items than you had before). Stanley’s up for the challenge. He’ll keep exploring and collecting items until he’s found his beloved Dr. Livingston. There’s something very admirable and insane about that kind of devotion.
B-
The following two tabs change content below.