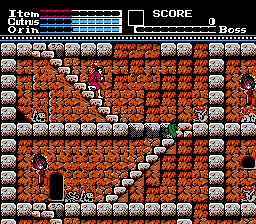 FOR THE PRICE OF FOUR 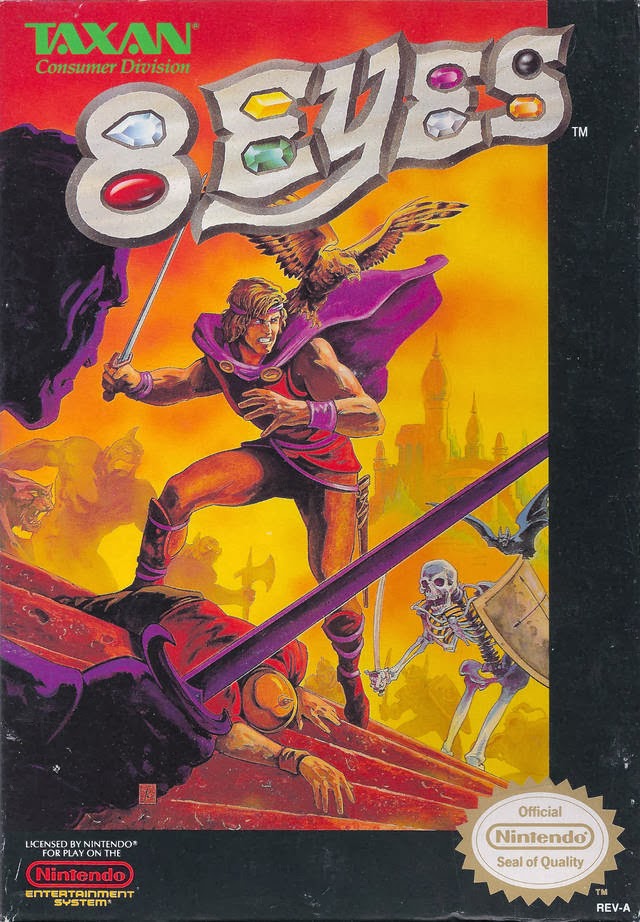 Simon Belmont-er, Trevor Bel-er… some guy that’s trying to be a Belmont takes on hordes of skeletons. 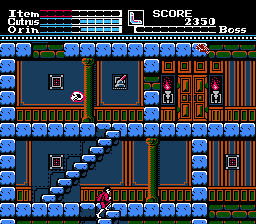 8 Eyes is not your friend. It’s a dark destroyer from worlds past, an evil entity that tries to mix Castlevania with a dungeon crawler. Control Orin and his bird friend, Cutrus. I use “friend” loosely because Cutrus is more of a falcon slave, even though he’s way cooler than Orin and could totally run with the in crowd if he wanted to; all he needs is an excuse to claw his master’s eyes out and go hang out at swinging parties. On the menu screen, you can pick from seven different locations around the world. Destroying enemies in exotic locales seems like every falcon slave owner’s dream. It’s impossible to advance, and the enemies keep coming, and Cutrus keeps flying off your shoulder even though you don’t want him to. As Cutrus flies away from you, he’s getting hurt by the enemies, and you get hurt trying to bring him back, until, finally, you just want to shoot him and be done with it because he won’t obey you because he knows he’s cooler than you.

While evil lurks around every corner in 8 Eyes – skeletons, mummies, Spaniards, etc. – the real nasty is the control. Push ‘A’ once and you might sling your rapier. Push it again and you might jump. But hey! Who needs consistency in a game that only utilizes an ‘A’ and ‘B’ button right? Put this game on the Xbox with its 16 button layout, and you might get somewhere. Otherwise, gently set the controller down, have a warm mug of cocoa, and forget that 8 Eyes ever befouled your Nintendo system with its presence.