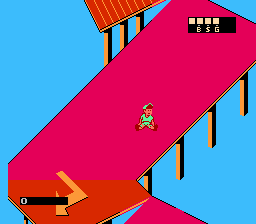 WHILE MY SKATEBOARD GENTLY WEEPS 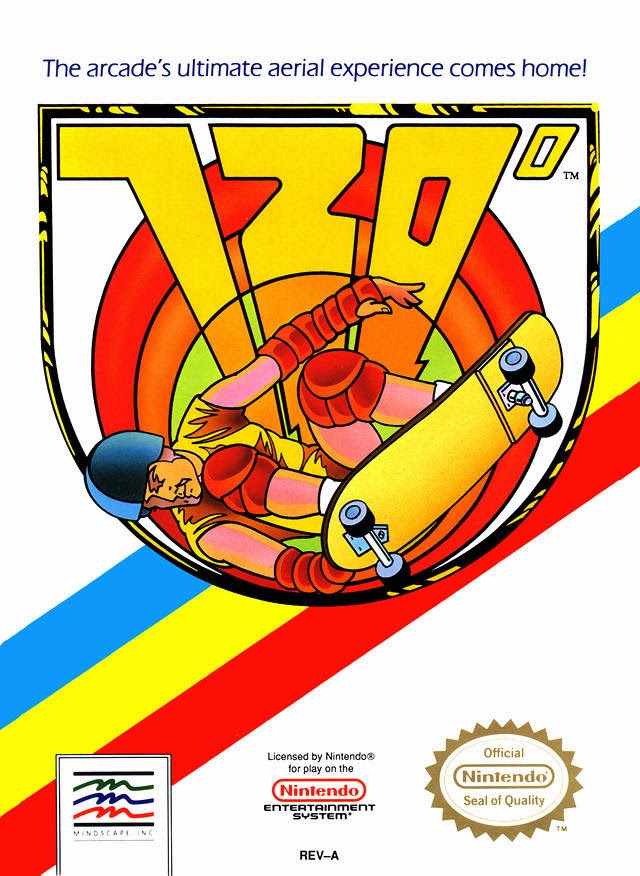 The ultimate aerial experience comes home and leaves a flaming poo bag on your porch. 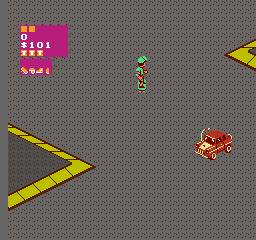 What have we as a society done to deserve the scorn of Beam Software?

720 Degrees is why people hate skateboarding, skateboarders, and all manner of 80’s day-glo crap. With the risk of sounding hyperbolic, this might be one of the worst games I’ve ever played. The graphics look hand-drawn by held-back kindergarteners, the music is a reckless testimony to mashing one’s hands on a keyboard, and the controls are absurd. Either your main character is the worst skateboarder of all time, or there is absolutely no way to perform any tricks with the simple, yet generally effective, NES pad. Jumping and landing – something that should be as easy as breathing in a skateboarding game – is impossible. Want to do tricks? Sure, everyone likes tricks, but misshapen human beings, traffic, and random pools of water (where there is no escape) won’t allow you these simple pleasures. In theory, you can buy better performing skateboards, protective gear, get gold medals on each of the four tracks (Downhill, Slalom, Ramp, and Jump), and have a strong sense of accomplishment while doing so. In reality, you jump around, run into things, fall over a few times, and killer bees sting you to death. It’s the 720 way of life: skate and die.