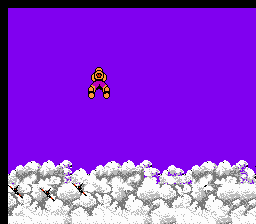 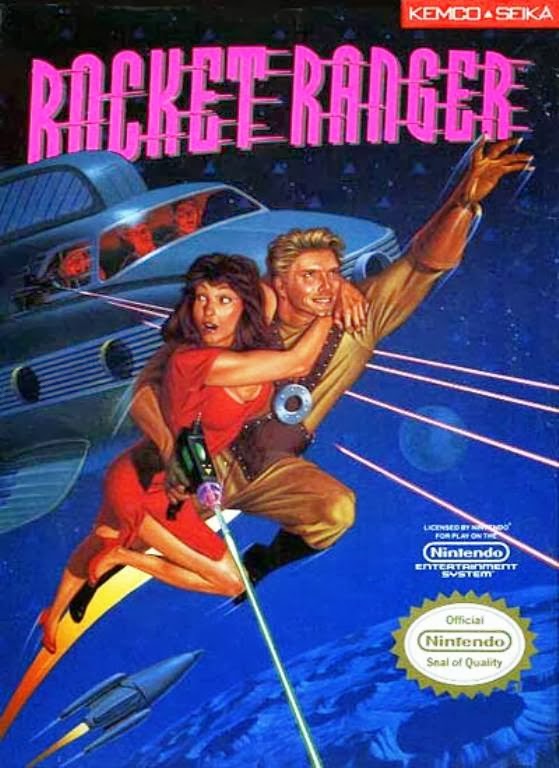 People in the hovercar: “Out of the way, dingus! We’re trying to watch the movie!”

The sky is purple. Blue was too expensive.

The Rocket Ranger, as a name, doesn’t have the same ring as the Rocketeer, but rest assured, they both wear rocket packs and are essentially the same character (only the Rocketeer has that awesome mask, though). Rocket Ranger combines shooting, action, and strategy into a non-cohesive mess of an Amiga port. The plot: an alien race is slowly trying to take over Earth, and more importantly, America. They’ve kidnapped the nation’s top scientist and his daughter (love interest, natch). Stop the aliens, rescue the dead weight, embrace Uncle Sam. The shooting portions are brief segments of the Ranger flying through the air, though “flying” is a generous statement. He looks like he’s being guided by puppet strings, while planes fly around him. You can shoot these planes down, but it would be in your best interest to avoid them. Their bullets are invisible (yes, invisible) and if you get hit three times, you’ll land somewhere you didn’t intend. And you’ll be thinking, if I had a boss helmet like the Rocketeer, I’d still be in the air fighting for my country.
The strategy aspect of Rocket Ranger is the deepest and most interesting part of the game. You have access to a world map with the option of placing five spies anywhere you want. These spies will potentially (if they don’t get killed) give you information on secret alien bases setting up shop at different locations. You’ll want to know where these secret alien bases are, as they’re the key to winning the game. Once you have the base locations, you can either fly there yourself and destroy it or let the agent take it down from the inside (the latter takes longer). Each alien base contains a piece of a rocket ship that you’ll need to beat the game. Collect five pieces of the ship to blast to the moon and confront the alien overlord. These bases are also important for fuel purposes. One of Rocket Ranger‘s strangest and most infuriating design decisions is to restrict your rocket fuel supply. Destroying these bases, either by yourself or through an agent, can give you more fuel for travel. You’ll be traveling a lot, so find and destroy the bases at all costs. 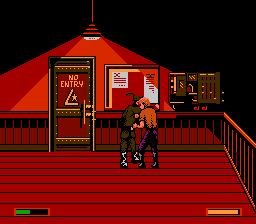 Escape from the alien base with this hilarious punching mini-game.
Rocket Ranger should have just been a strategy game. Sending out your spies to retrieve information from around the world is intriguing, while the shooting portions are absolutely worthless. They should have nixed the kidnapped scientist/daughter aspect too. At one point, the daughter can be transformed into a mindless zombie (crazy alien technology!), with absolutely zero consequences for the game. So what’s the point of saving her? Even if you do save them, they get kidnapped again anyway, thus forcing you to repeat the cycle of stages. Rocket Ranger could have been a war hero, like the Rocketeer. Instead, he’s getting people to buy him drinks at the local suds emporium and all his stories begin with, “Did I ever tell you about the time…” Sad.
C-
The following two tabs change content below.