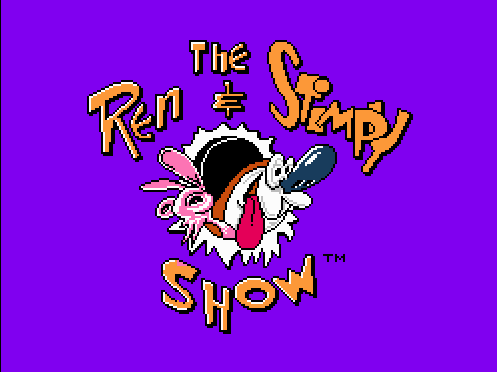 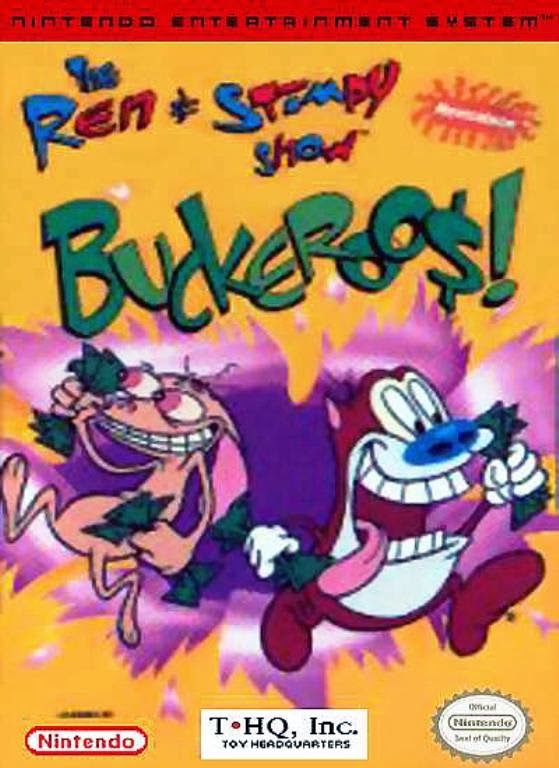 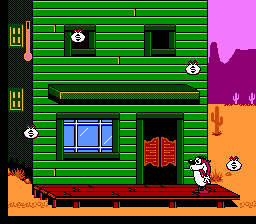 I wish money sacks really would rain down.

I’m still in awe that Nickelodeon ever allowed “Ren and Stimpy” to air on their network. It was random, disgusting, and full of suggestive humor. It was also hilarious, and as a child, I loved it. Millions of other kids (and adults, including my mother) agreed and the show became a minor pop-culture hit. Stuffed animals, VHS collections, and video games inevitably followed. The latter were, like most licensed titles, mediocre at best and horrific at worst. Buckaroo$! is arguably the least of the “Ren and Stimpy” titles. It’s an uninspired platformer that replicates the feel of the show at the expense of good gameplay.
In Buckaroo$, Ren and Stimpy traverse through sixteen stages of ridiculousness. There’s medieval-themed, space-themed, and old west stages, along with the occasional salad bar fight or submission of Mr. Horse. The game tones down the potty humor, but all in all, the world of Buckaroo$ feels like “Ren and Stimpy.” Consider that the game’s only achievement. Each stage is laid out poorly, filled with freaky enemies (floating bull horns?) that either get in your way or constantly barrage you with projectiles. Your best bet is to run through each stage as fast as you can. Jump over enemies, don’t collect any $ signs or other items, just get through the area. Alas, there is one (rather large) chunk of the game where you can’t speed through: the “Space Madness” stages. In these, Stimpy is forced to guide an always-moving Ren through a spaceship filled with great peril and annoyance, usually at the same time. Items you collect in these levels, like springs, cat litter, and dirty socks, will help move Ren along, but at what cost? I can’t fathom why these tedious stages take up half of the game. Grating renditions of the “Ren and Stimpy” theme accompany your journey into utter despair, along with poor hit detection, washed-out graphics, and an all-encompassing icky feeling. Keep your Buckaroos to yourself, boys.
F
The following two tabs change content below.