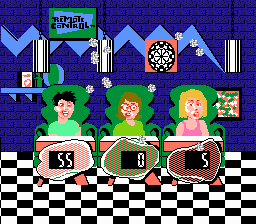 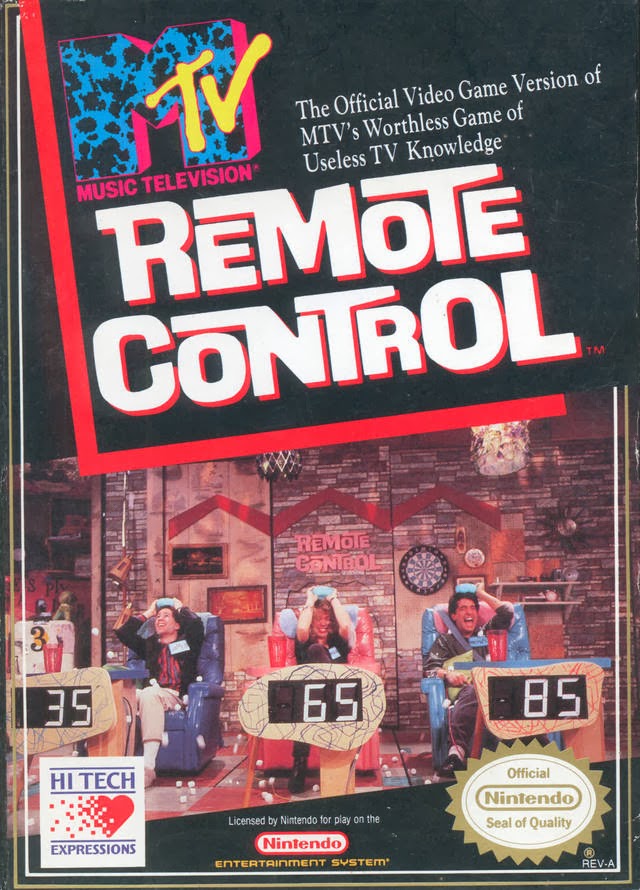 The tagline is blunt, harsh, and accurate.

The contestants’ faces mimic my own.

Remote Control replicates the MTV game show in almost every way. Three contestants select from nine channels on a large TV. Each of these channels is a category and contains pop-culture related questions: from models-turned-actresses, to all-things Bon Jovi, to television minutiae. Every category contains three questions, with higher point values for each successive question. After the first round, there’s a “snack break.” In the show, the break involved giving the contestants snacks in unusual ways, but in the game, the title screen is shown for no reason before proceeding to the second round. In the second round, point values are doubled, but questions are answered the same. Once the second round ends, the person with the least amount of points is eliminated and the two remaining players move on to a “Fill-in-the-Blank” trivia game with a time limit. Whoever wins this in Remote Control wins the game. In the television show, however, there’s one final grand prize round that was completely eliminated from the NES version, and rightly so. It involved being shown brief clips of music videos and guessing each artist within a certain time limit. The game wouldn’t have been able to replicate this section well, if at all, and I’m glad RSP, the developers, didn’t even try.
Remote Control suffers from beauty and personality issues rather than any severe gameplay disorder. The contestants are hideous and stupid. Most game show games have mutant humanoids for contestants, but I’ve never played one where they consistently answered the questions incorrectly. The host’s banter is insufferable and creepy. What’s up with that “swollen and throbbing” comment? No way that’s an innocent remark. Lastly, the trivia questions don’t represent any date past 1989 or so; the latter makes complete sense, but it makes for a poorly aged game. Also, like all game show games, there is no reward for your efforts. No ending. No prizes. Just your creepy host saying, “Good job!” and the game resets. Some might see these flaws as trivial and not detracting from the game at hand, but they’re accessories to Remote Control‘s aesthetic: forced edginess that is neither hip nor appealing to anyone outside of Generation X.
D+ 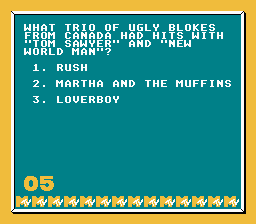