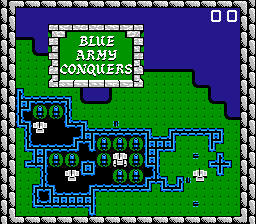 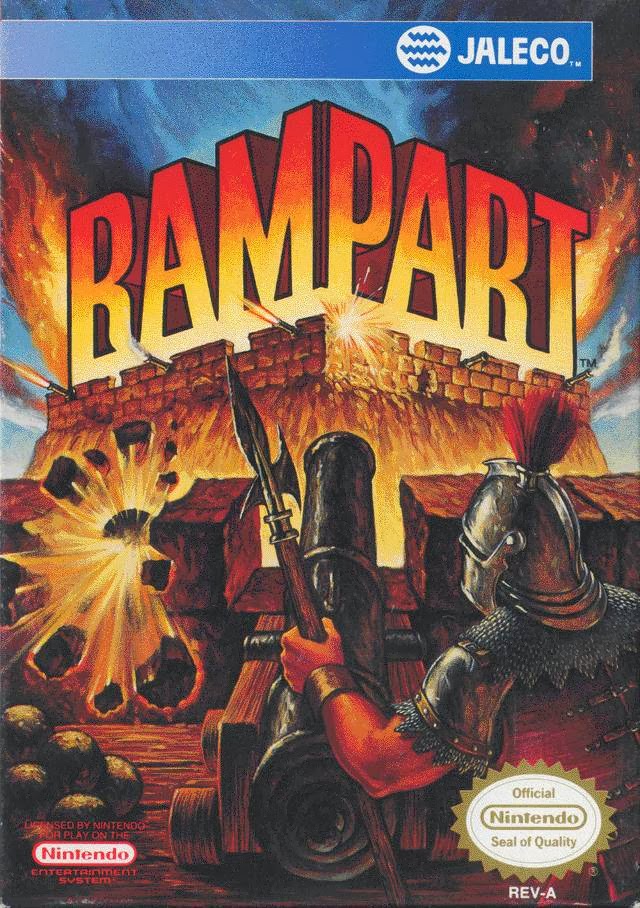 I assumed the cannons fired themselves. I ASSUMED WRONG!

Rampart didn’t interest me as a kid: castles, cannons, ships, strategy. No thanks. At eight years of age, I craved action, beat-em-ups, platformers, Super Mario Kart. Nothing that made you think. School’s for thinking. Games are for playing, zoning out, getting lost in a fantastical world. Because of this limited, childlike mindset, I passed by a lot of great experiences, many of them RPGs. I’m not sure Rampart would qualify as “an experience,” let alone a great one, but it’s more enjoyable than my younger self would like to admit.
As expected, Rampart has castles, cannons, and ships. In fact, that’s about all there are. You’re given a piece of land next to the ocean, along with a few castles. Whichever castle you choose as your main castle will have a wall of defense, and within the walls, you can set cannons. These cannons are to destroy the ever-encroaching enemy ships that surround your island. Single-mast ships do the least damage and go down the quickest; Double-mast take a bit longer; Golden Sail have fiery shots are lightning fast, and almost impossible to destroy. Once the game allows, you can open fire on these ships with your cannon, and they will do the same to your (*ahem*) ramparts. Destroy the ships quickly before they can destroy your defenses. The less damage done to your main castle, the more time you’ll have to build defenses around your other castles. Set more cannons, blow up more ships, and win the territory. Reading about the gameplay on the virtual page sounds as enthralling as “The Lawrence Welk Show,” but give Rampart a chance. Its simple blend of action and strategy is addicting. You meant well, young Dylan, but you were wrong.
B
The following two tabs change content below.